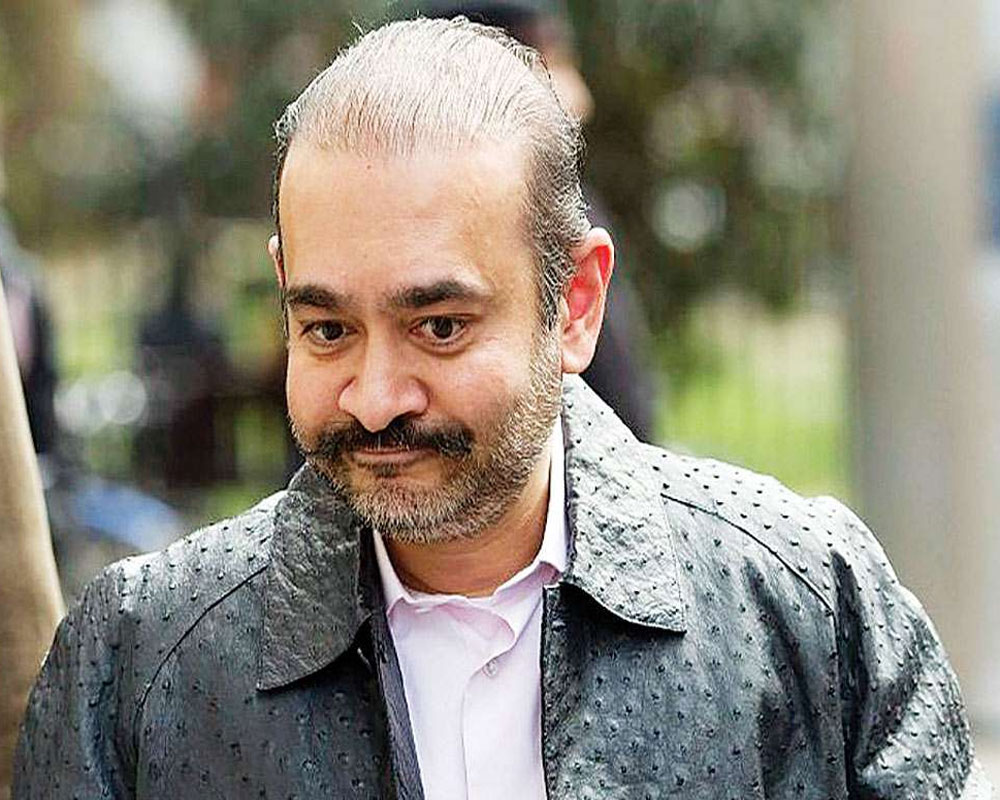 The ED on Tuesday said it was "proactively" pursuing all issues pertaining to the extradition of Nirav Modi, the main accused in the USD 2 billion PNB scam, from the UK as it dismissed media reports that Indian agencies "did not respond" in time when British investigators extended help.

The central agency, which is probing Modi under the criminal sections of the anti-money laundering law, issued a two-page clarification, saying the media reports in this context "have been distorted with speculative writing and wrong conclusions have been drawn".

A British daily recently published a report and video showing Modi walking on the streets of London and said the fugitive diamantaire was living in a swanky 8-million pounds apartment in the city's West End and that he was involved in a new diamond business.

Calling the reports of inaction on part of the agency "insinuating", the Enforcement Directorate (ED) said, "It has been wrongly reported in the news item that the UK SFO had confirmed to Indian authorities by March, 2018 that Nirav Modi was in the UK.

"In this connection, it is submitted that no such formal or informal communication was received by the ED from UK authorities in March, 2018 or at a later date, informing that Nirav Modi was in the UK."

The ED added that the National Central Bureau of Manchester, the nodal agency of the UK for dealing with Interpol notices and cooperating with other countries, had instead asked Indian agencies to "provide it" with intelligence inputs that suggested Modi was in the UK.

It said the UK government's "consistent stand" had been that a non-bailable warrant (NBW) against an accused could only be executed through an "extradition request" and not through letters rogatory (LR) or the Mutual Legal Assistance Treaty (MLAT).

Hence, it said, the extradition request for Modi could only be sent after a chargesheet was filed against him, which was done by the agency in May last year.

"An extradition request cannot be sent at the stage of investigation. Accordingly, upon initiation of investigations by the ED under the Prevention of Money Laundering Act in February last year against Nirav Modi and others, the first NBW was issued on March 5, 2018 and that was not acted upon by the UK government," the agency said.

The ED obtained a fresh NBW against Modi from a Mumbai court after filing the chargesheet and sent it to the Interpol, which notified the "red warrant" for arrest against the fugitive diamantaire on June 29 last year, and subsequently, a fresh request for extradition was sent to the UK government, the agency said.

It added that it had also sent a supplementary MLAT request in October last year for execution of an order of attachment of the UK-based assets of Modi.

"It is reiterated that the ED has been proactively following up all the issues relating to the Nirav Modi case with authorities of various countries, including the UK. The directorate has also been making necessary efforts for successful extradition of Nirav Modi," it said.

The agency said the latest media reports reflected that the "understanding regarding the legal issues is contrary to the facts and established international protocols and procedures".

"This kind of misreporting and speculative news may create a wrong impression to the public at large," it said.

On March 9, the ED had said the UK home secretary had recently referred India's request for extraditing the tainted businessman to a court for initiating legal proceedings against him. PTI NES