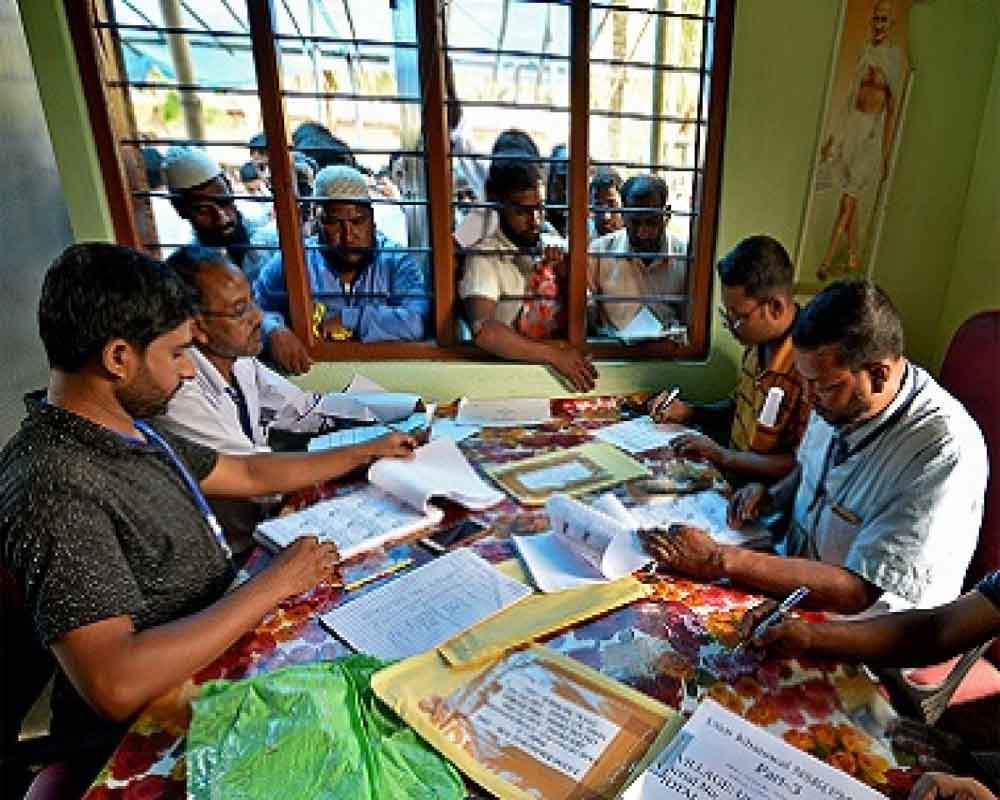 The much-awaited updated Final National Register of Citizens (NRC) in Assam was released on Saturday, excluding names of over 19 lakh applicants.

The status of both inclusion and exclusion can be viewed online in the NRC website, www.Nrcassam.Nic.In.

The final list was published at 10 am and the hard copies of the Supplementary List of Inclusions are available for public viewing at the NRC Seva Kendras (NSK), offices of the deputy commissioner and offices of the Circle Officer during office hours, the statement said.

Any person who is not satisfied with the outcome can file appeal before the Foreigners Tribunals within 120 days.

Assam government has earlier said those left out of the NRC will not be detained under any circumstances until the Foreigners Tribunals declare them as foreigners.

The names of 1.9 crore people were published as Part Draft NRC on the midnight of December 31, 2017.

In July 30 last year, the Complete Draft was released excluding over 40 lakh of 2.9 crore people. An additional 1,02,462 people were excluded in June this year, taking the total ineligible persons to 41,10,169.

The process of NRC updation started in the state following an order of the Supreme Court in 2013. Since then, the Apex Court has been closely monitoring the entire process.

Assam, which has faced an influx of people from Bangladesh since the early 20th century, is the only state having an NRC which was first prepared in 1951.

It is for the first time since then that the NRC was updated.