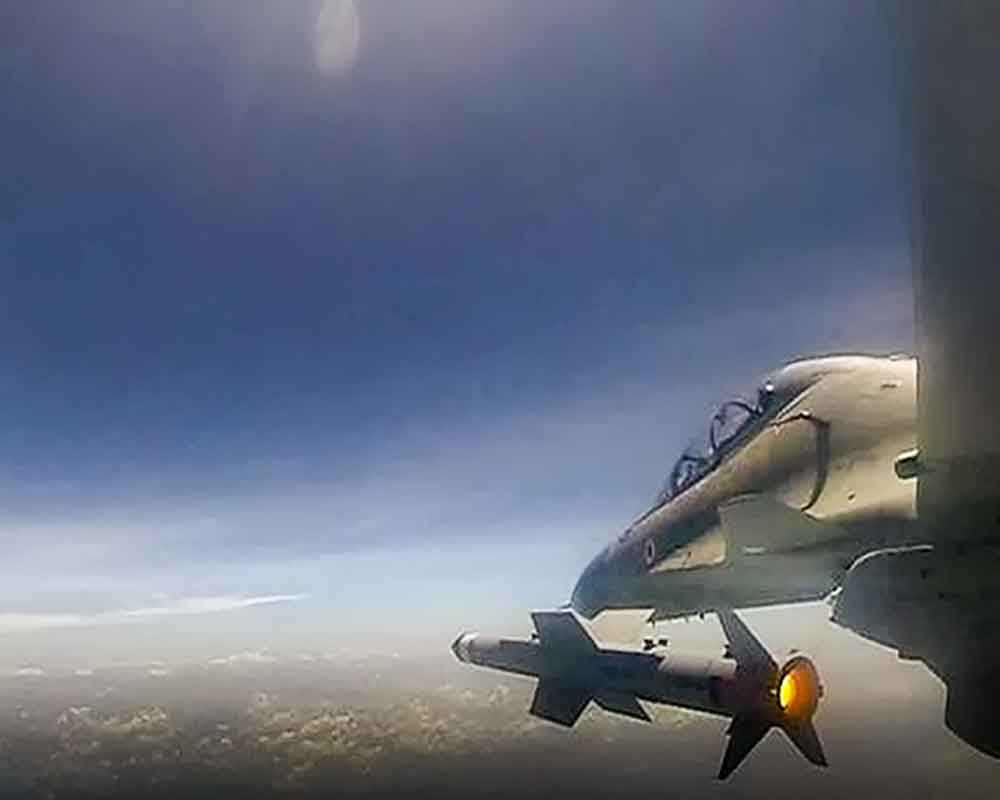 The trials, held between Monday and Thursday, were conducted by Indian Air Force (IAF), simulating all possible threat scenarios, an official statement said on Thursday.

"The five trials conducted during this period tested missiles in different configurations. During the campaign, three missiles were launched in combat configuration, with warhead and manoeuvring targets being neutralised to establish the end game capability of the missile," it said.

"The trial campaign also included a direct hit of the target by the telemetered missile at maximum range. All subsystems performed accurately, meeting all the mission parameters and objectives," the statement said.

Astra BVRAAM has a strike range of more than 100 km with modern guidance and navigation techniques. The missile, developed by Defence Research and Development Organisation (DRDO), has midcourse guidance and radio frequency seeker- based terminal guidance to achieve target destruction with pin point accuracy, it said.

"The effort for building a state-of-the-art BVRAAM by DRDO, together with IAF has completed the user trial phase of the weapon system successfully," it said.

Hindustan Aeronautics Limited (HAL) has played a role in modifying the aircraft for weapon integration. More than 50 public and private industries have contributed in building the Astra weapon system.

"The present flight trials have proved the end-to-end performance of the missile system in various combat scenarios, giving greater confidence to users.

"The five successful trials of Astra will culminate into induction of the missile system into Indian Air Force, which will certainly be a force multiplier considering its accuracy and effectiveness in neutralising aerial threats," the statement maintained.

The technologies developed under the programme will be the building blocks for development of future variants of Air-to-Air and Surface-to-Air Missiles.

Defence Minister Rajnath Singh has also congratulated the DRDO and IAF teams for the successful trials, the statement added.