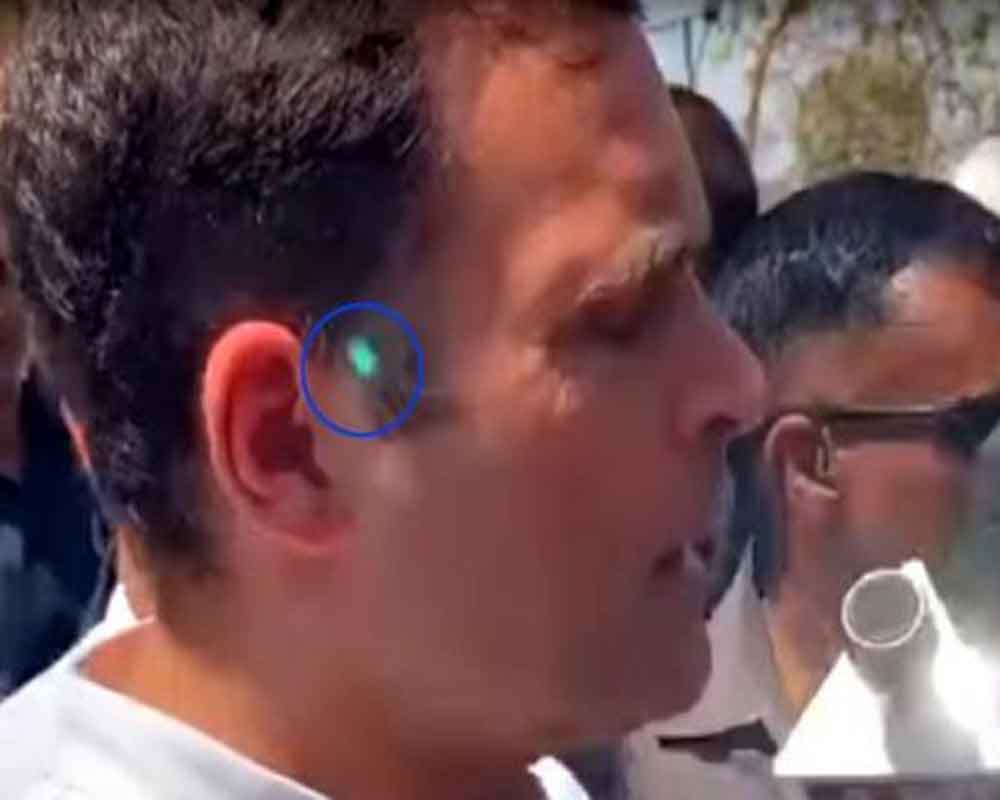 A green laser light pointed at Congress President Rahul Gandhi during his roadshow in Amethi on Wednesday created a scare, but the Home Ministry said there was no threat to his life.

However, sources said that a security breach was alleged when the laser light was seen pointed at the head of Rahul during the roadshow. This led to security concerns within the party, but it was later found that the light was from a camera.

When contacted, a home ministry spokesperson said as soon as the ministry's attention was drawn to reports about the incident, the Director (Special Protection Group) was asked to verify the factual position.

"Director (SPG) has informed MHA that they have gone through the video clipping of the incident very closely. The 'green light' shown in the clipping was found to be that of a mobile phone used by the AICC photographer, who was videographing the impromptu press interaction of Rahul Gandhi near the collectorate at Amethi.

"Director (SPG) has also informed MHA that this position was conveyed to the personal staff of Rahul Gandhi. Director (SPG) has confirmed that there was no security implication whatsoever," the spokesperson said.

The home ministry spokesperson corroborated this saying, "MHA has not received any letter from the Congress party."