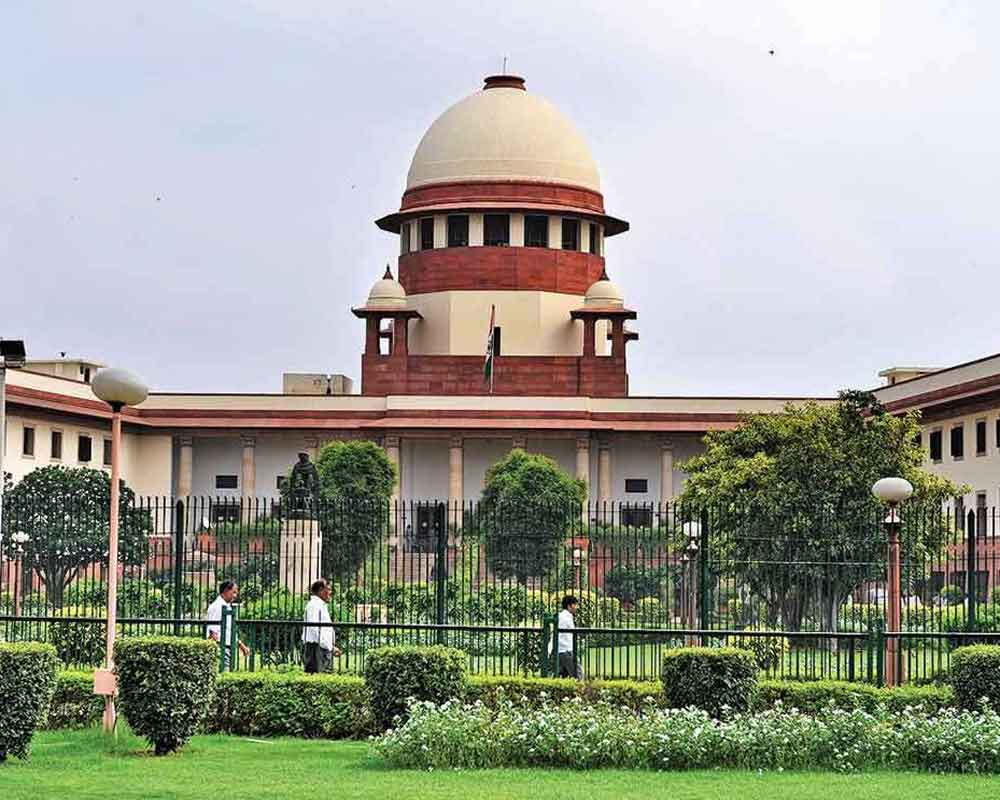 Four new judges of the Supreme Court were administered the oath of office by Chief Justice of India Ranjan Gogoi on Friday, taking their overall number to 31 -- the full sanctioned strength of the top court.

Justices B R Gavai, Surya Kant, Aniruddha Bose and A S Bopanna were administered the oath of office by the CJI in court no.1 in the presence of several other sitting apex court judges.

Justices Malhotra and Banerjee were recently part of the three members in-house panel headed by Justice S A Bobde, which gave clean chit to Chief Justice Ranjan Gogoi after holding inquiry into the sexual harassment allegation levelled by a former apex court woman staffer against him.

The apex court, which was functioning with 27 judges including the CJI has now reached its full strength  for the first time since 2008 when Parliament had increased their number from 26 to 31.

President Ram Nath Kovind had on Wednesday issued warrants of appointment of the four judges.

The names of Justices Bose and Bopanna were earlier returned by the Centre to the Supreme Court collegium citing seniority and representation of regions as the reasons.

In its May 8 resolution, the five-member collegium had reiterated its recommendation to elevate them, observing that nothing adverse has been found regarding their competence, conduct or integrity.

The collegium, headed by the CJI, had also recommended the names of Justices Gavai and Kant for elevation to the apex court.

Justice Gavai, who was a judge of the Bombay High Court, will become the CJI for a little over six months in 2025 and he will be the second Chief Justice of India belonging to the Scheduled Caste community after Justice (retd) K G Balakrishnan.

Justice Kant, who was till now the chief justice of the Himachal Pradesh High Court, will succeed Justice Gavai as the CJI in November 2025 and he will remain in office till February 2027.

Justice Bose, who was till now the chief justice of the Jharkhand High Court, is at number 12 in the all-India seniority of high court judges.

Justice Bopanna, whose parent high court is Karnataka, was till now the Chief Justice of the Gauhati High Court and is at number 36 in the all-India seniority.