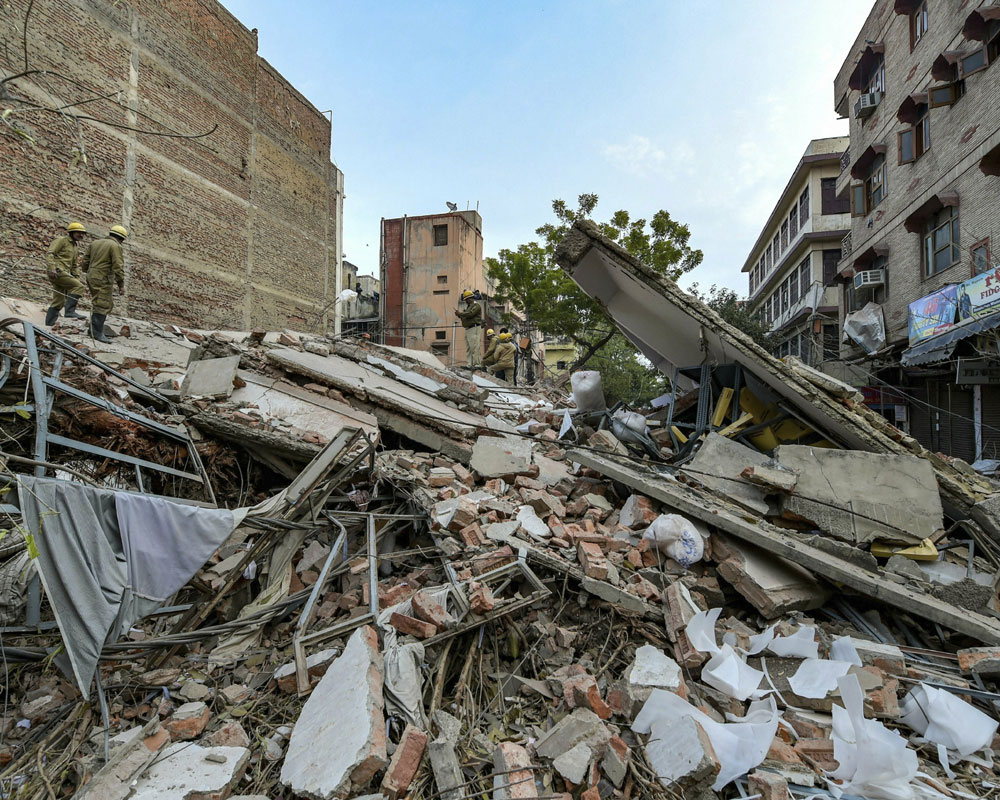 A call about the incident was received at 8.40 am after which four vehicles, including two rescue responders, were sent to the spot, a senior official from Delhi Fire Service said.

The building is located in Dev Nagar area.

Operations are underway to ascertain if anyone is trapped inside the building. No casualty has been reported in the incident so far, officials said.