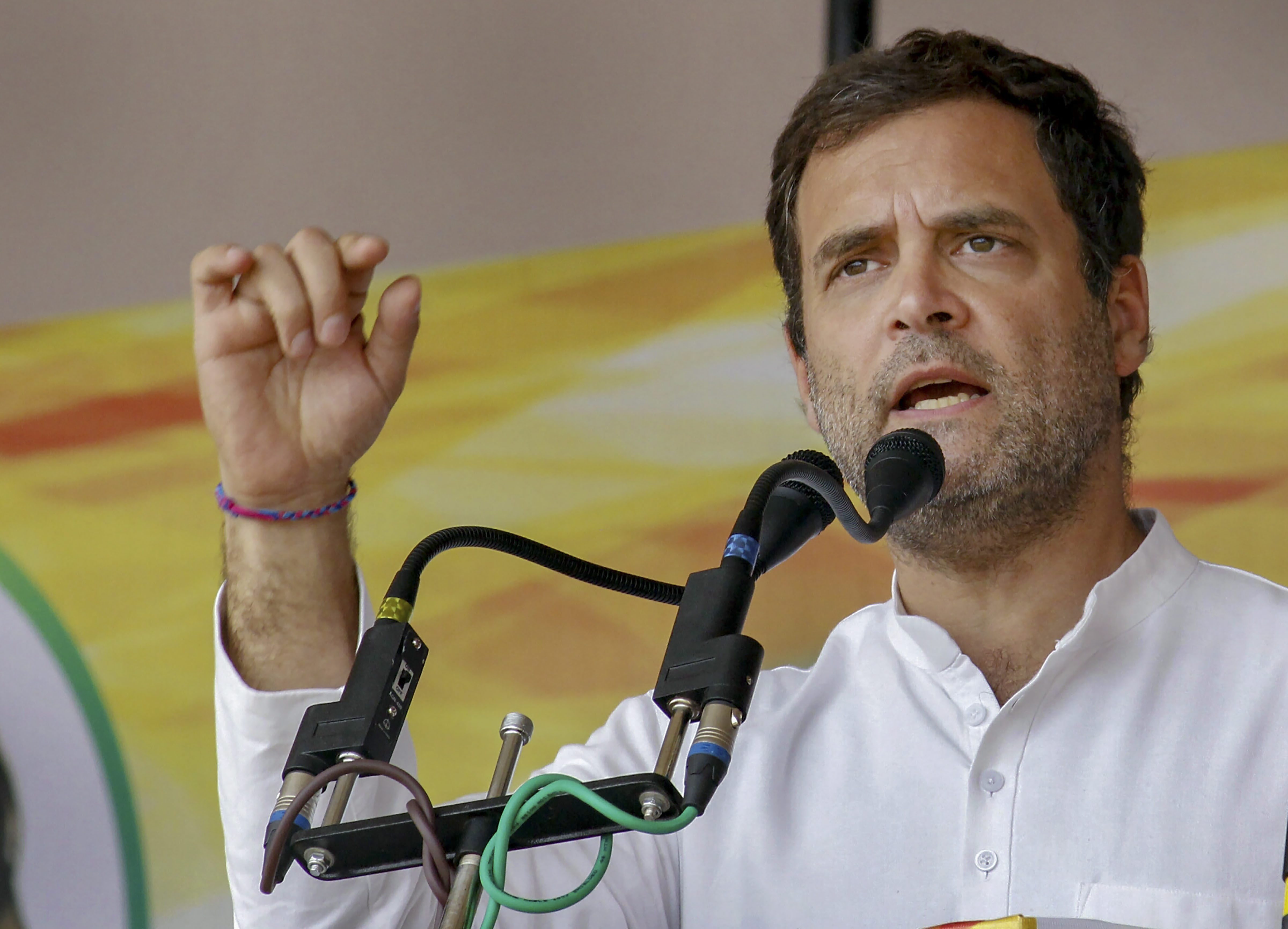 Gandhi has been accusing Modi of speaking "lies" on various issues, including on the Rafale jet deal.

"There's a new word in the English Dictionary. Attached is a snapshot of the entry," he tweeted, ending his sentence with a smiley.

Gandhi also put up a picture of a screenshot of a photo-shopped page of an English dictionary explaining the meaning of "Modilie".

In the fabricated page, "Modilie" is described as a "mass noun".

The photo-shopped page lists three meanings and examples of the usage of the word.