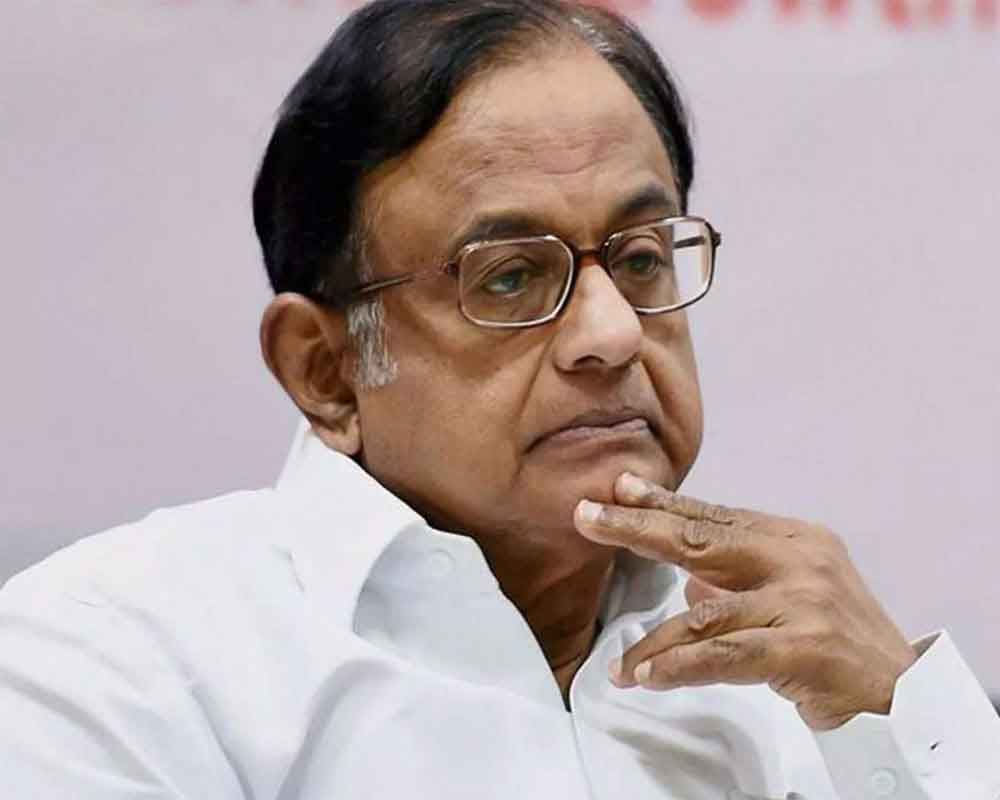 Senior Congress leader and former finance minister P Chidambarm on Tuesday took a dig at the BJP over its MP Nishikant Dubey's remarks that the GDP has no relevance, saying "God save India's economy".

Participating in a discussion in Lok Sabha on the Taxation Law Amendment Bill and a statutory resolution disapproving the ordinance on the same legislation, Dubey had said that the Gross Domestic Product (GDP) has no relevance and it should not be treated as 'Bible, Ramayan and Mahabharat'.

"GDP numbers are irrelevant, personal tax will be cut, import duties will be increased. These are BJP's ideas of reforms. God save India's economy," Chidambaram, who is in jail in connection with cases of corruption and money laundering, said in a tweet.

Congress' chief spokesperson Randeep Surjewala on Monday had also taken a swipe at Dubey over his remarks, saying God save the people from "New India's novice economists".