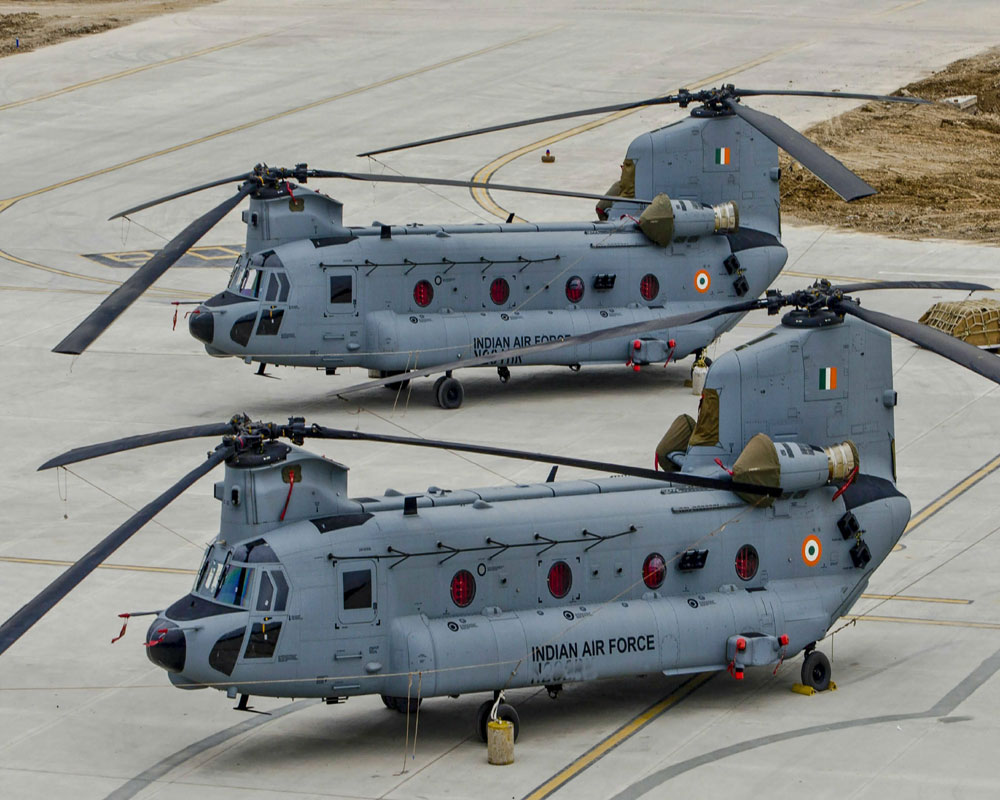 Two hangars and logistics facilities were created here for the Chinook helicopters.

Each Chinook helicopter has a payload capacity of about 10 tonne which is a major boost to India's strategic airlift capability.

The Indian Air Force (IAF) received its first CH-47F (I) Chinook on February 10 at the Mundra port in Gujarat.

The Chinook will be used to move troops, artillery, ammunition, supplies and equipment on the battlefield. Besides, they can be used for medical evacuation.