If Pak attacks India with one N-bomb, they could 'finish us by attacking with 20 bombs': Musharraf

If Pak attacks India with one N-bomb, they could 'finish us by attacking with 20 bombs': Musharraf 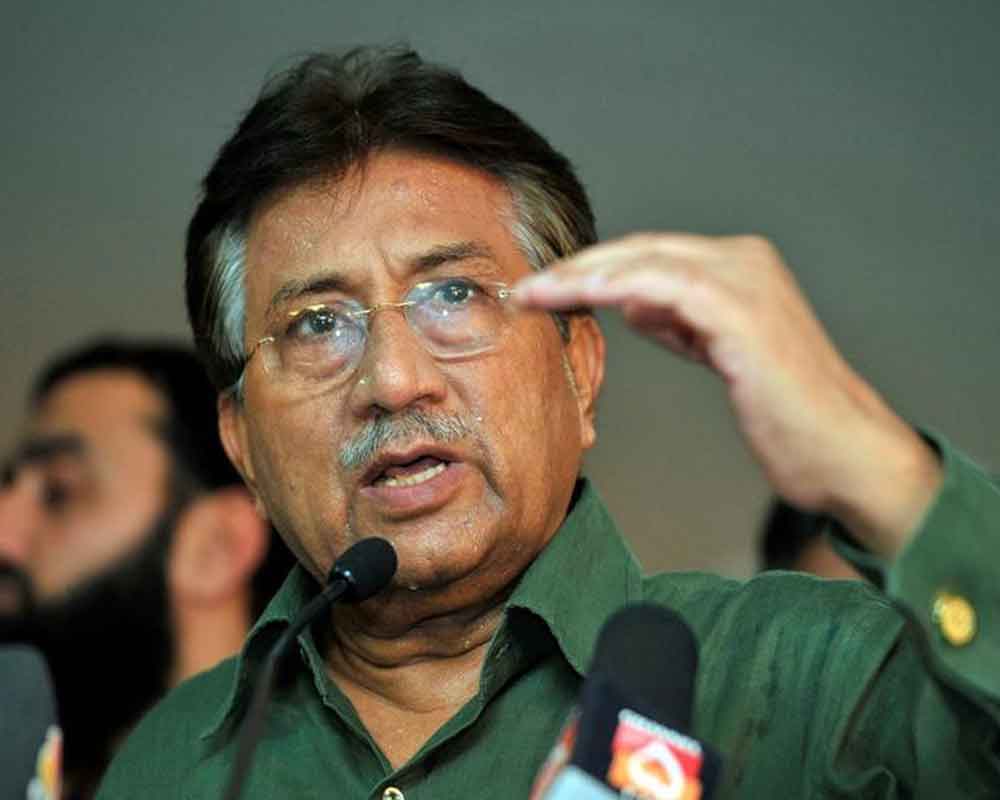 Pakistan's former military dictator Gen (retd.) Pervez Musharraf has termed talk of any nuclear war with India as rubbish, saying if Pakistan would attack India with one atomic bomb, then New Delhi could "finish us by attacking with 20 bombs".

"It is not so simple. Do not talk like this. There is always a military strategy," Musharraf, who is on self-exile in Dubai, said in response to a question at a news conference in Dubai on Friday evening.

His statement came amid heightened tension between the two nuclear-armed countries after the February 14 suicide attack by Pakistan-based Jaish-e-Mohammad that killed at least 40 CRPF soldiers in Jammu and Kashmir's Pulwama district.

Musharraf, who ruled Pakistan from 1999 to 2008, termed talk of any nuclear war as rubbish, Dawn newspaper reported.

"If Pakistan would attack India with one atomic bomb, then the neighbouring country could finish us by attacking with 20 bombs," he was quoted as saying by the paper.

"The only solution is that we should first attack them with 50 atom bombs so that they cannot hit us with 20 bombs. Are you ready to first launch an attack with 50 bombs?" he asked.

Musharraf, who was the army chief of Pakistan during the Kargil War in 1999, said India had advantage in some areas in Kashmir and it could launch a surgical strike, but Pakistan also had advantage in many other areas. He suggested to Pakistan Army to keep a plan prepared before time to deal with any possible Indian move, the paper said.

The former general has been declared a fugitive in the Benazir Bhutto assassination case and the Red Mosque cleric killing case. He is facing several cases including a treason case for suspending the Constitution in 2007. He left for the UAE in 2016 for medical treatment and has not returned since.