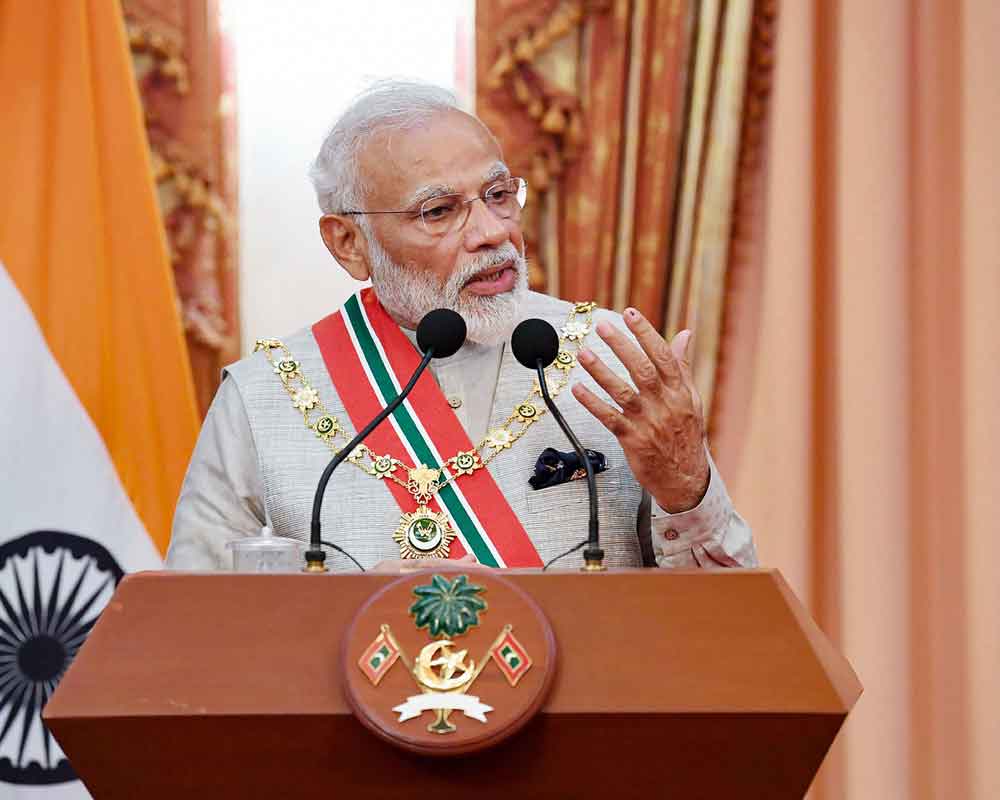 Prime Minister Narendra Modi Sunday said that increased aspirations and expectations of people  as reflected in the recent general elections verdict-- were a guarantee for making India brighter.

"Given the huge mandate we got, some people think expectations and aspirations (on the government) have increased.

They also wonder what can Modi do. We should see it as a great opportunity. I see it as a guarantee for a brighter India," the Prime Minister observed.

Modi, who reached the temple-town of Tirupati from Colombo at the end of a two-day two-nation visit, addressed a thanks-giving public meeting organized by the Andhra Pradesh BJP at Renigunta.

The Prime Minister said he has confidence in 130 crore Indians.

"With their contribution and support, I am confident we can give a new direction to the country," he said.

Two good occasions beckoned the country in the near future, Modi pointed out, referring to the 150th birth anniversary of Mahatma Gandhi in October 2019 and the 75th anniversary of the nation's Independence in 2022.

"If everyone of the 130 crore Indians takes one step forward, the country too will go that many steps ahead," Modi said.

He sought the blessings of Lord Venkateswara to realize the dreams of 130 crore people of India and said the states and the Centre should work together towards this and create a New India.

"If that happens, I am sure we will succeed in right earnest and prosper," the Prime Minister added.

Taking an indirect dig at Congress president Rahul Gandhi, Modi said some people could not still come out of the election hangover.

"For us, it is over. Our focus now is entirely on development and people's welfare," he added.

Noting that strong governments were formed at the Centre as well as in Andhra Pradesh, the Prime Minister wished the state would surge ahead on the development path under the leadership of Chief Minister Y S Jaganmohan Reddy.

"AP has infinite possibilities for growth. We will fully extend all co-operation from the Centre for the development of the state," the Prime Minister assured.

"It can move forward towards becoming a new AP under Jaganmohan Reddy.

The states and Centre should work together. Then we can make a New India," Modi said.