India must grow at 8% to be $5 tn economy, investment key: CEA

India must grow at 8% to be $5 tn economy, investment key: CEA 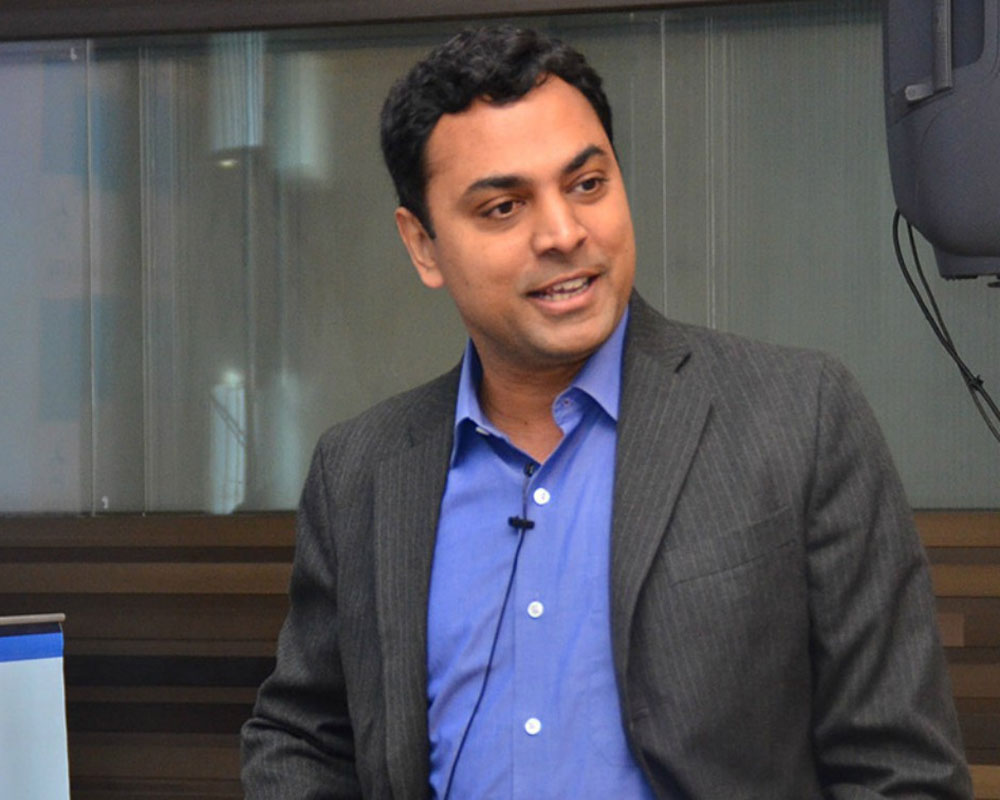 Chief Economic Advisor Krishnamurthy V. Subramanian on Thursday asserted that the Indian economy must grow at a 8 per cent rate over the next five years to achieve Prime Minister Narendra Modi's vision of the country becoming a $5 trillion dollar economy, for which the Economic Survey 2018-19 stresses on investment as the key driver.

While investment remained the only tool to achieve this ambitious target, the CEA provided two options for government and the private sector as to where it can come from.

"We focus on trying to lay out the model so the economy growth path on 8 per cent is sustained," he said, adding "the opportunity for Indian companies is that internationally the cost of capital is slightly low, liquidity is very high there".

"So there is opportunity for private firms and sovereignty (government) as well to think about raising money abroad. We also can allow foreign investment to come in," Subramamanian said at the media briefing after the survey was tabled in Parliament.

"... to achieve the 8 per cent growth, investment as a percentage of GDP has to be in excess of 30 per cent... in China, it has reached over 50 per cent. We need to start investing close to 35 per cent. The current rate is 29.6 per cent, he said to a query on what the required investment rate is.

"The question is how do we generate investment. FDI does matters, savings is a key economic driver," he said.

The CEA said: "We have been growing at a good rate but we now need to shift in gears to grow at 8 per cent continuously in a sustained manner. That is what the strategic growth rate is about. This growth rate we intend to achieve by setting the economy on 'Virtuous Cycle' with investment as the key driver of that cycle.

"India has been a bright spot in the world economy... growing at a rate higher than other major economies in the world. In the past five years, the benefit of growth has trickled down, macro-stability has been achieved. The country has not only registered high growth rates, the fiscal deficit has been under the glide path under the FRBM Act.

"Inflation has been under control, cooperative federalism has been furthered with states share increasing to 32 per cent and the GST Council has been a great example of that. The framework for corporate exits has been created through the IBC. These are the important structural reforms that have been enacted for the last five years."

Subramanian said this is the right time to take-off.

"The economy is now poised for take-off. Investment is the key driver of this blueprint and savings in a happening economy is the key enabler to investment. Investment leads to improvement in productivity, exports and job creation and all that lead to virtuous cycle of growth," he said.

He also said that it is time to think demand, jobs, and exports should be seen in totality as a system driven by investment.

The CEA's blueprint comes at a time when India's economic growth rate slowed to five-year low of 5.8 per cent in January-March 2018-19, due to poor performance in agriculture and manufacturing sectors. Private investment, consumption and demands are too slowing down, dragging the annual FY19 growth to 6.8 per cent.

Subramanian cited the example of the Chinese economy which has used the virtuous cycle of growth model to achieve high growth rates where savings, investments and exports as a ratio of their GDP rose simultaneously.

"In China and East Asia, high growth rates have been sustained by a growth model driven by a virtous cycle of savings, investment and exports, catalysed by a favourable demographic phase."

Earlier, he said the economy, in 2019-20, is expected to grow at 7 per cent, reflecting a recovery after a deceleration in the growth momentum throughout in 2018-19.

He stressed that the Economic Survey departs from traditional thinking to view the economy as being either in a virtuous or a vicious cycle, and not viewing the national priorities of economic growth, demand, exports and job creation as separate problems.

"Learning from the global financial crisis, the economy has been viewed as either in a virtuous cycle or a vicious cycle and therefore the concept of equilibrium economics has been disbanded.

"Second, rather than trying to tackle various economic challenges of demand, jobs, exports in silos, the Survey makes the case that these phenomena are all complementary. Therefore, creating the virtuous cycle with investment, especially private investment, as the main driver can enable growth in each of these important macro variable", he said.

Subramanian said it is important for India to remain in fiscal glide path.

Even as headwinds continue to hurt various sectors, especially manufacturing, the Economic Survey has projected India would grow at 7 per cent in 2019- 20 and maintain its fastest growing large economy tag in the world.

"The year 2019-20 has delivered a huge political mandate for the government, which augurs well for the prospects of high economic growth. Real GDP growth for the year 2019-20 is projected at 7 per cent, reflecting a recovery in the economy after a deceleration in the growth momentum throughout 2018-19," it said.

Maintaining that both downside risks and upside prospects persist in 2019-20, the survey said that investment cycle is expected to pick up in FY20 on the back of higher credit growth and improved demand.

Further, the accommodative monetary policy is expected to reduce lending rates, provided the transmission mechanism improves. The decline in NPAs as a result of resolution of stressed assets is set to push the capex cycle.

The new Modi government's first survey flagship said that political stability in the country should push the animal spirits of the economy, while the higher capacity utilization and uptick in business expectations should increase investment activity in 2019-20.

Revival of consumption would, however, be key for growth.

The newly-launch ed PM Kisan scheme that promises to transfer Rs 6,000 cash in the bank accounts of rural households is expected to push rural wages, and hence demand.

"However, downside risks to consumption remain. The extent of recovery in farm sector and farm prices will decide the push to rural consumption, which is also dependent on the situation of monsoon," the survey noted.