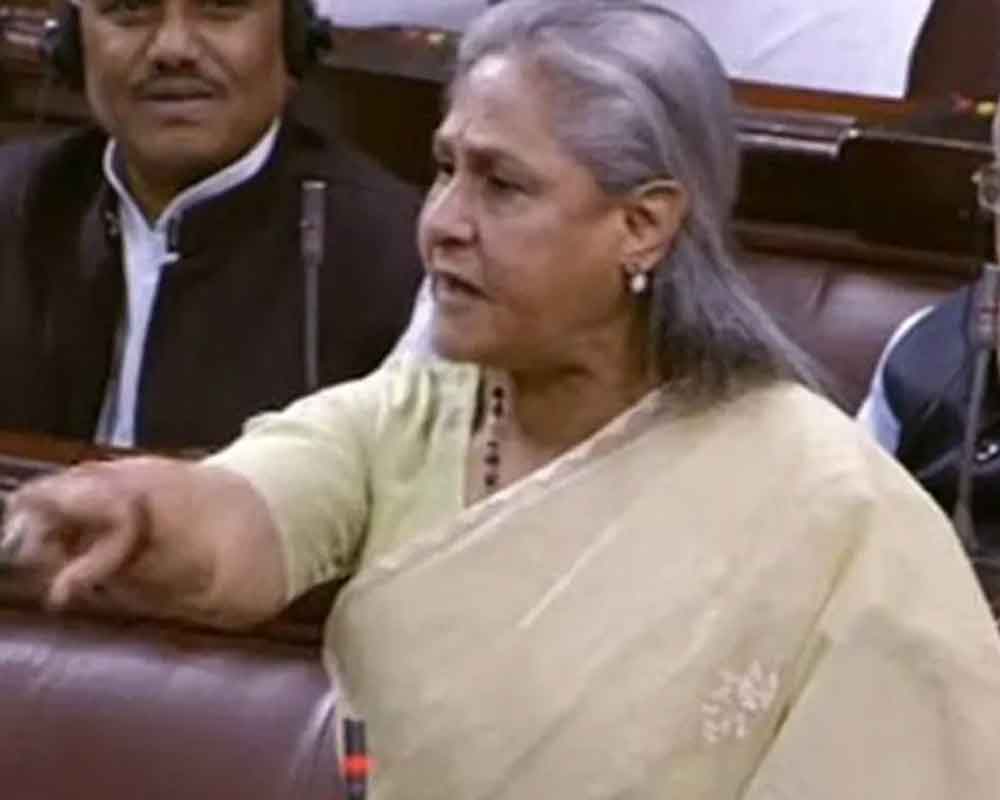 Samajwadi Party MP Jaya Bachchan who stood up to speak amid rage over the Telangana incident, in which four men have been accused of raping and murdering the 26-year-old woman in Hyderabad on Wednesday night -- sparking nation-wide protests -- said that not just name and shame, but perhaps lynching, though too extreme, would be the only way to put an end for once and all to such crimes against women

The senior leaders called for fast-tracking the case and exemplary punishment for the culprits.

Leader of Opposition (LoP) in the Rajya Sabha, Ghulam Nabi Azad, said that many legislations had been enacted in the past to deal with such heinous crimes but it was time for people from across society to rise against such acts of brutality.

Trinamool member Shantanu Sen said that strong steps must be taken by bringing legislation, by setting up fast-track courts and exemplary punishment.

"The punishment should be publicized so that people think twice before committing such a heinous crime," Sen said.

The Zero Hour started in the House with discussion and suggestions for safety of girls and women in India.

Chairman M. Venkaiah Naidu said the incident that took place in Hyderabad was a total disgrace to all the principles of humanity.

"What happened in Hyderabad is a total disgrace to all principles of humanity and highly condemnable," Naidu said.

Speaking on the issue, DMK leader P Wilson said that the law for dealing with such incidents were not stringent and suggested that courts should be empowered to order surgical or chemical castration for serious offences like rape and murder.

Senior House member Jaya Bachchan said that those committing such gruesome crimes should be shamed in front of the entire country and lynched.

Members of the Upper House said that the gruesome incident had shaken the conscience of the nation.