JD(U) stayed out of Modi govt as we felt there was no need for symbolic representation: Nitish

JD(U) stayed out of Modi govt as we felt there was no need for symbolic representation: Nitish 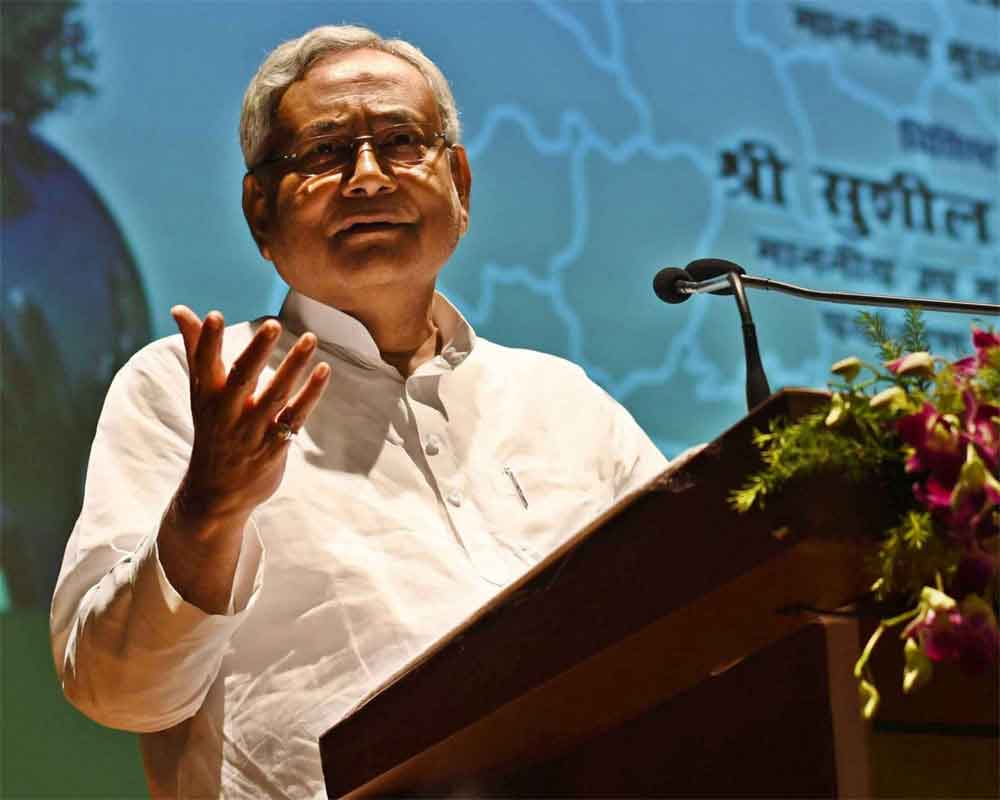 Bihar Chief Minister Nitish Kumar asserted on Saturday that his JD(U) stayed out of the Narendra Modi government at the Centre since it felt there was no need for a "symbolic representation" in the Union cabinet and that the decision must not be construed as a result of any disaffection with its ally BJP.

"We are fully with the Modi government. I had made it clear after returning from New Delhi (after the swearing-in). Their party (BJP) has full majority. It has received the mandate to form government on its own and is not dependent on allies. Yet they expressed the view that there should be a symbolic representation of all alliance partners. We thought it was not needed," Kumar told reporters here.

Kumar was replying to queries on the sidelines of a function where he launched a nationwide membership drive carried out by the JD(U), of which he is the national president.

"It is wrong to think that we have any disaffection with the BJP which has led to the decision. We have a different style of working and having a minister or two in the Centre does not matter much to us. We had returned to the NDA in the interests of Bihar and to that end our alliance remains firm," Kumar said.

Kumar had snapped 17-year-old ties with the BJP in 2013 in protest against Narendra Modi's appointment as the party's chief for Lok Sabha election campaign which was seen as a precursor to his elevation as the Prime Ministerial candidate.

Kumar had till then maintained a distance from his Gujarat counterpart in view of the latter's alleged role in the post-Godhra communal riots.

He fought the Lok Sabha polls in alliance with the CPI, losing badly and resigned as Chief Minister taking moral responsibility for the drubbing. Thereafter he formed a coalition with arch rival Lalu Prasad, who heads the RJD, and their alliance with the Congress handsomely won the 2015 assembly polls and the RJD supremo's sons Tejashwi Yadav and Tej Pratap Yadav were inducted into the new cabinet headed by Kumar.

However, in 2017 a major controversy broke out following lodging of money laundering cases, by central agencies like CBI and ED against Tejashwi who was also the Deputy CM.

This led to Kumar walking out of the Grand Alliance and returning to the NDA as the BJP, now joined by Ram Vilas Paswan's LJP, came with offer of support.

In the recent general elections, the NDA swept Bihar winning 39 out of 40 seats. The JD(U), which had fought 17 seats, won all but one.

Kumar expressed delight over his party earning the status of a "recognized state party" in Arunachal Pradesh.

About reports that his party's unit in the neighbouring Jharkhand wanted to fight the assembly polls early next year on its own which would pit the JD(U) against the BJP, Kumar said, "Our national executive will meet tomorrow. Our Jharkhand unit members will also be present. We will take a decision based on their inputs."

Despite being an NDA constituent, the JD(U) has maintained that its ties with the BJP were limited to Bihar only and it has contested assembly polls in a number of states ruled by its alliance partner, including Gujarat.

Replying to a query about the ghastly killing of a girl child in Aligarh, whose mutilated body was spotted by passersby when it was being dragged by stray dogs, Kumar said, "It is abominable. The guilty must be punished severely."