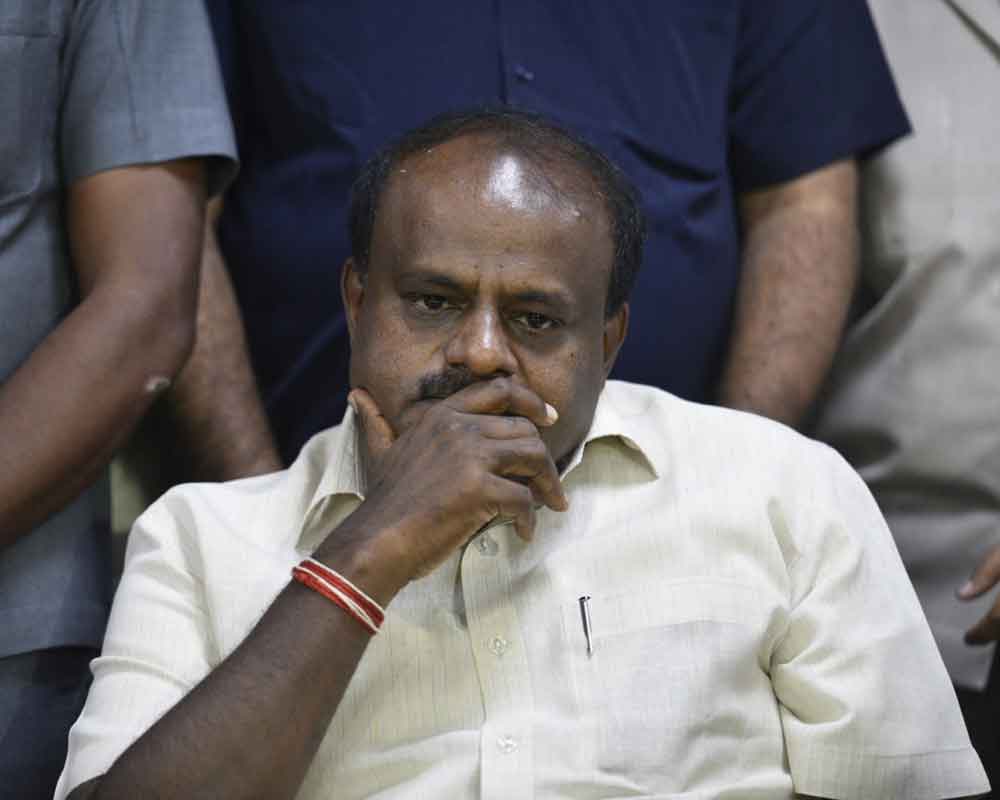 An exasperated Karnataka Chief Minister H.D. Kumaraswamy on Monday offered to quit if the coalition partner Congress could not control its MLAs from criticizing his style of functioning.

"I am ready to quit if my style of functioning is not acceptable to anyone. The Congress must control its MLAs and resolve the issues. If they remark against me frequently in open meetings, I am willing to step down," Kumaraswamy told the media here.

The Chief Minister's remarks came a day after two Congress Ministers and a legislator on Sunday alleged here that no development work took place in the last seven-eight months under Kumaraswamy's administration and claimed that former Congress Chief Minister Siddaramaiah was their leader and a better Chief Minister.

"I don't want to stick on to the chair. Deputy Chief Minister (G. Parameshwara) and myself are trying to do a good job and are working together," asserted Kumaraswamy.

The Janata Dal-Secular leader also claimed that the coalition government had invested Rs 1-lakh crore in Bengaluru alone during the past eight months.

"But to deliver good governance, we require the support of all MLAs."

Housing Minister M.T.B. Nagaraju and Backward Classes Minister C. Puttarangashetty, who belong to the Congress, also said that Siddaramaiah was their Chief Minister.