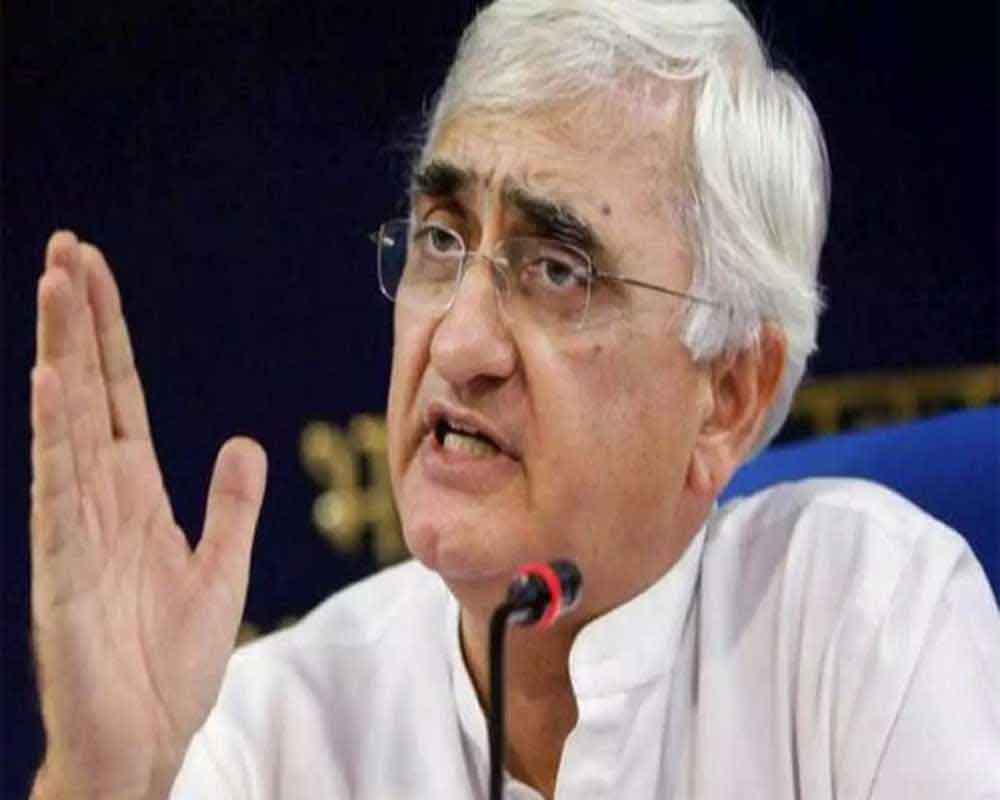 The debate over Rahul Gandhi's resignation as Congress President continues even more than four months after he took the step in the wake of Lok Sabha poll debacle, with senior leader Salman Khurshid suggesting on Wednesday that he should have continued in the post.

"Despite our request, Rahul Gandhiji stepped down. Many people requested him to continue but he chose to step down. This was his decision and we should respect it," Khurshid told IANS.

His comments came at a time when questions are being asked about Rahul going abroad when the party is facing crucial Assembly elections in Maharashtra and Haryana less than two weeks from now.

According to reports, Rahul has gone to Cambodia for "meditation".

The Congress, which faced a major debacle in the Lok Sabha polls in May, is yet to recover from that setback, with the leadership not able to get the firm grip of the party even two months after Sonia Gandhi took over as its Interim President.

There has been a spree of defections by its leaders, significantly in the poll-bound Maharashtra and Haryana.

In 2014, when the Congress could win only 44 out of 543 Lok Sabha seats, the party had set up a committee headed by former Minister A K Antony to assess the reasons.
Its report is yet to be made public even as the party suffered second successive debacle in this year's Lok Sabha polls, bagging only 52 seats.

The only thing in public domain is that Antony attributed the defeat in 2014 to too much of minority appeasement by the Congress.

However, after this year's Lok Sabha poll results, no fact-finding committee was formed to find out the cause of dismal performance.