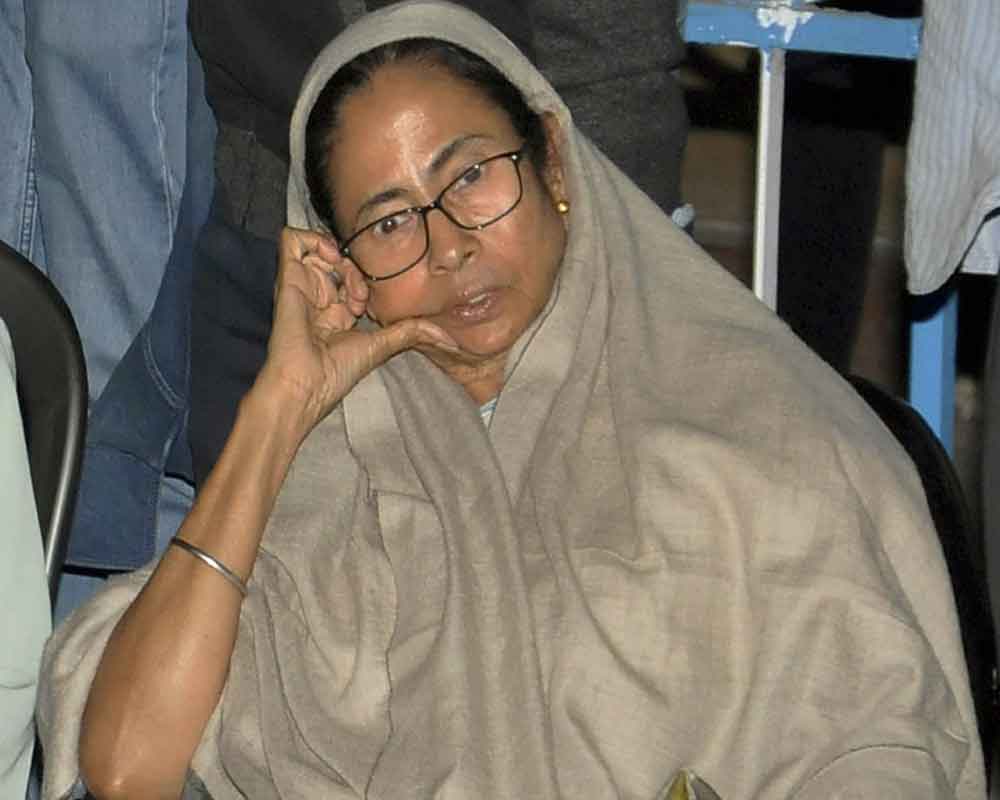 Banerjee, who sat on the dharna around 8.30 pm Sunday to protest against "the attack on constitutional norms", was seen speaking to Trinamool Congress (TMC) leaders at the protest site on Monday morning.

An all-out war broke out between the Centre and the Mamata Banerjee government on Sunday, with the feisty West Bengal leader beginning the sit-in protest in front of Metro Cinema over the issue.

Some road restrictions have been imposed in the Metro Cinema area in the heart of the city where the sit-in is being held.

The TMC supremo had said she would not attend the assembly, where the state budget would be placed by Finance Minister Amit Mitra, on Monday.

Prior to that, a cabinet meeting would be held inside a makeshift room set up behind the stage.

TMC sources said Banerjee was scheduled to attend a meeting of the party's farmers' wing in an indoor stadium here. However, she might not go there and other party leaders would address the meeting.

Samajwadi Party leader Kiranmoy Nanda reached the dharna venue to express the party's solidarity with Banerjee over the issue.

Insisting that it had stifled the spirit of "Constitution and federalism", Banerjee had claimed that the CBI knocked on the doors of Kumar without a search warrant.

Banerjee, one of the prime movers behind the effort to cobble together an anti-BJP alliance ahead of the Lok Sabha polls, alleged that Prime Minister Narendra Modi and BJP president Amit Shah want to impose President's rule in whatever states the opposition is in power.