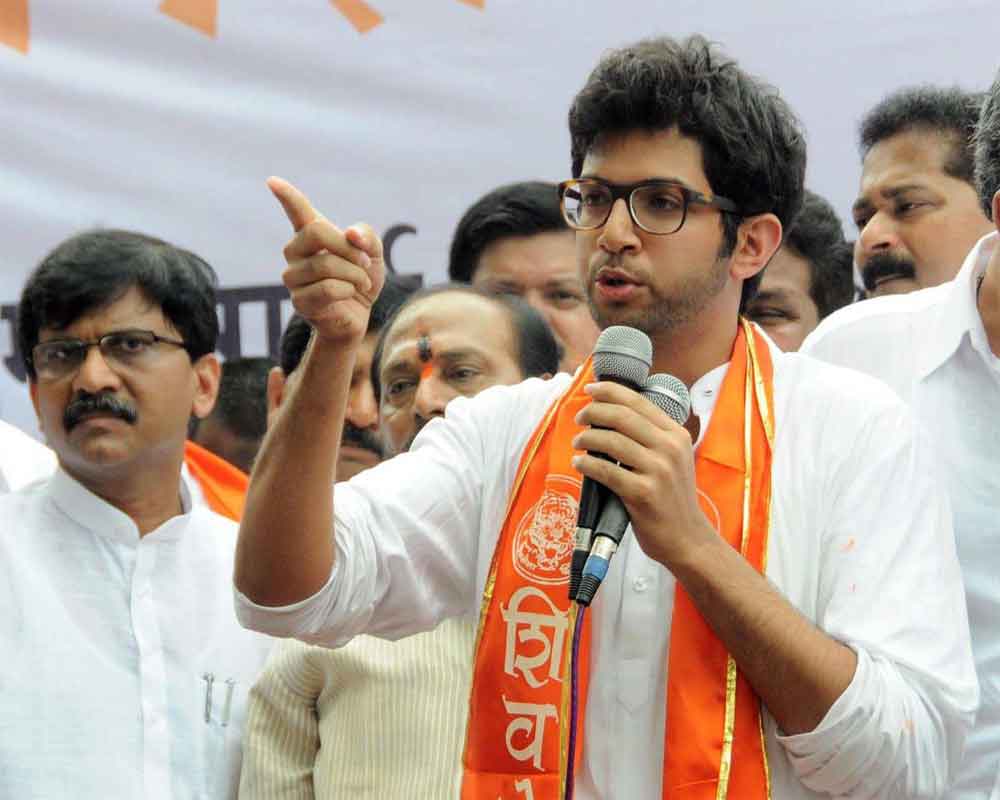 The Shiv Sena suffered a setback in its efforts to cobble up a non-BJP government in Maharashtra with the Congress at the last moment announcing its decision for holding more talks with the NCP on supporting the Uddhav Thackeray-led party.

Putting up a brave front, Sena leader Aaditya Thackeray told reporters outside Raj Bhavan here on Monday night that his party's claim on formation of a government still stands, as the two parties have agreed "in-principle" to support the Sena-led government.

He didn't take names of the Congress and the NCP.

"We have initiated talks with two parties. Both the parties have expressed their support in-principle to the Sena," he said.

"We informed the Maharashtra governor about our willingness to stake a claim for government formation. Shiv Sena MLAs have already issued their support in written," he said.

He said the two parties (read NCP and Congress) need few more days to complete their procedures. "Hence we sought time from the governor but he refused to grant it," he added.