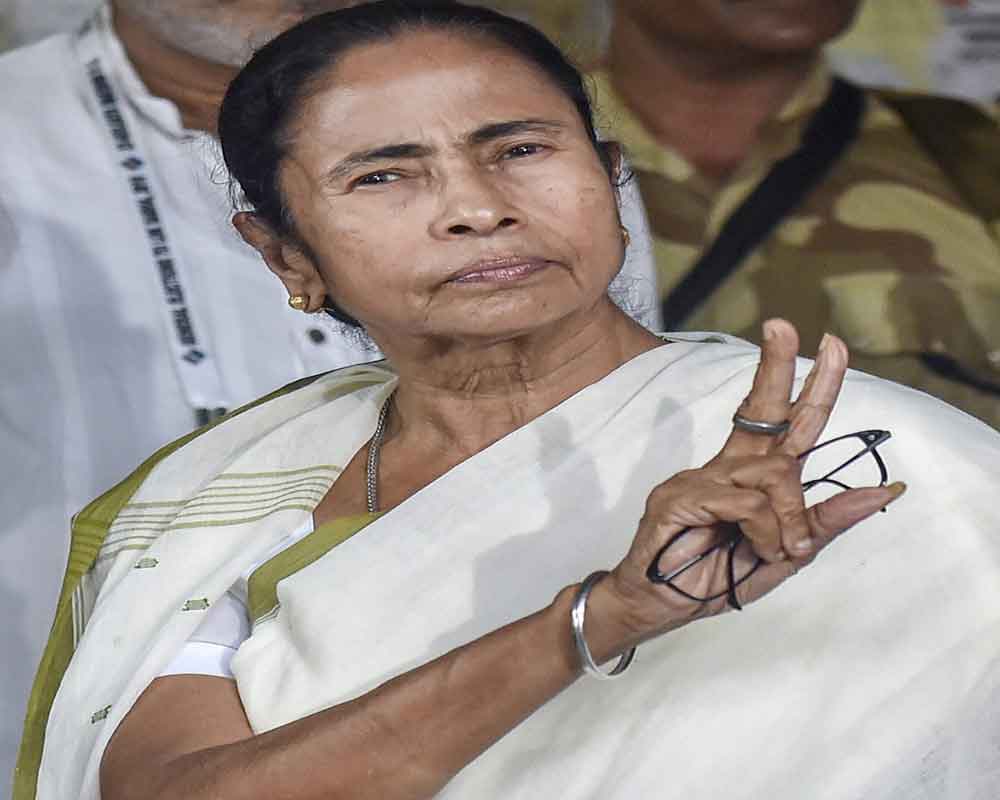 TMC supremo and West Bengal Chief Minister Mamata Banerjee has called an ermergency meeting of leaders of her party on Saturday at her home following the stunning saffron surge in the state in the Lok Sabha polls.

"Our party supremo will be meeting victorious candidates as well as those who lost the polls. District presidents and other senior leaders will also be present at the meeting. We will discuss the elections results and take stock of both our weaknesses and strenghts," a senior TMC leader said Friday.

"The results came as a rude shock for all of us. We couldn't anticipate such a mandate against us ... We need to recitify the mistakes and reach out to the masses before it is too late," he said.

Bengal witnessed a saffron surge on Thursday as the BJP inflicted a deadly blow to Trinamool Congress by winning 18 of the 42 Lok Sabha seats in the state, up from just two in 2014.

The saffron party also gave the TMC a run for its money bagging 40.25 per cent of the vote share counted so far compared to 43.28 per cent clinched by TMC.

The four-party Left Front, that ruled the state for 34 years till 2011, could manage a measly 7.8 per cent votes with its candidates losing deposits in all seats but one.

The Congress bagged two seats down from four last time and has won a vote share of 5.61 per cent.