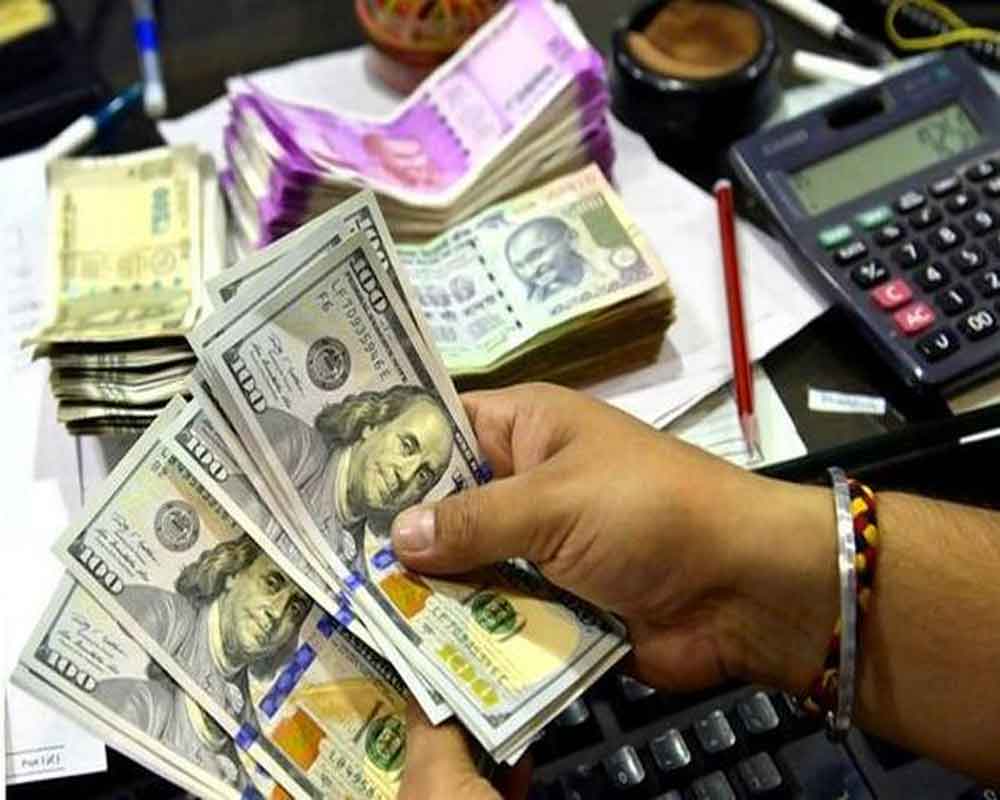 Despite heavy fund infusion by FPIs over the past two month, the domestic financial market suffered a foreign fund outflow of over Rs 44,500 crore on net basis in the fiscal 2018-19 as macroeconomic headwinds weighed on investor sentiment through the year.

In financial year 2018-19, foreign portfolio investors (FPIs) pulled out a net sum of Rs 1,629 crore from equities and Rs 42,951 crore from the bonds market, taking the total net outflow to Rs 44,580 crore, the depositories data showed.

"After two years of good foreign fund inflows, Indian market witnessed reversal in the trend. We received Rs 48,411 crore and Rs 1,44,682 crore in the year 2016-17 and 2017-18, respectively. Global and domestic causes alike have prompted the flows of funds in 2018-19 from the markets and both the equity and debt segments have witnessed outflows", Alok Agarwala, Senior VP and Head Investment Analytics, of Bajaj Capital said.

FPIs remained net sellers almost throughout the recently concluded fiscal except for the past couple of months. October emerged as the month of steepest outflow with FPIs pulling out a massive Rs 38,900 crore from the market.

However, fresh fund infusion was witnessed in the last two consecutive months of the fiscal, with March alone accounting for a net infusion of Rs 45,981 crore including a net Rs 33,980 crore in equities and Rs 12,001 crore in debt.

In February, the overseas players pumped in a net amount of Rs 11,182 crore in capital markets.

This inflow "could be attributed to the shift in stance on monetary policy outlook by various central banks globally, which led to the improvement in global liquidity condition. In January 2019, the US Fed announced a pause in rate hike, followed by China and European Central Bank providing stimulus to their respective economies," said Himanshu Srivastava, Senior Analyst Manager Research, at Morningstar.

This, along with expectation of a positive outcome from the US-China trade agreement bolstered the risk-on sentiments among foreign investors who diverted huge investments towards emerging markets, Srivastava pointed out adding "it is difficult to say anything conclusive about continuity of foreign funds at this stage".