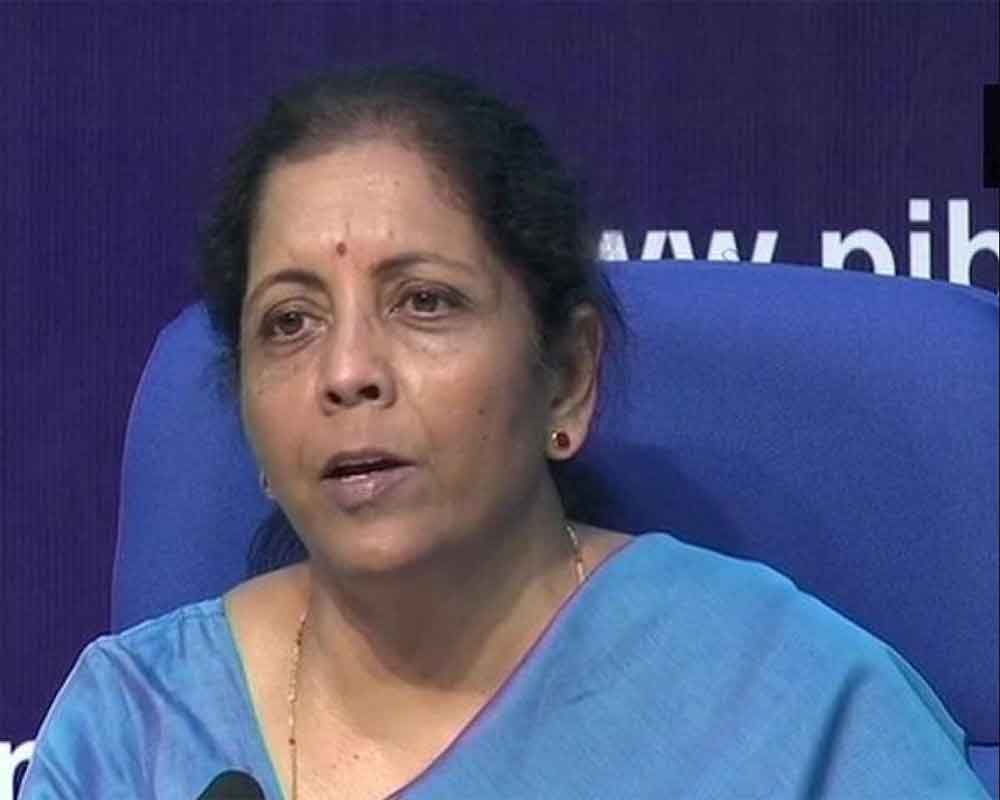 Battling a six-year low economic growth and a 45-year high unemployment rate, the government on Friday slashed corporate tax rates for companies by almost 10 per cent to 25.17 per cent to bring them at par with Asian rivals such as China and South Korea, as it looked to boost demand and investments.

Two-and-half-months after presenting her maiden Budget, that was hailed as "development-friendly" and "future-oriented", Finance Minister Nirmala Sitharaman announced fiscal measures that will cost the government Rs 1.45 lakh crore in revenue annually and may potentially derail the country's fiscal deficit roadmap.

This will be effective on the condition that these companies will not avail any other incentive or concession such as tax holiday enjoyed by units in Special Economic Zones (SEZ) and accelerated depreciation.

The effective tax rate for existing units, after considering surcharges and cess such as Swachh Bharat cess and education cess - which are levied on top of the income and corporate tax rates, will be 25.17 per cent as compared to 34.94 per cent now. For new units it will be 17.01 per cent as opposed to 29.12 per cent now.

The new tax structure is effective from April 1, 2019, and will bring Indian corporate tax rate at par with Asian peers in a bid to attract investments.

Companies in China, South Korean and Indonesia pay 25 per cent tax, while those in Malaysia pay 24 per cent. Only Japan has a higher tax than India at 30.6 per cent. Hong Kong has the lowest corporate tax rate of 16.5 per cent while Singapore has 17 per cent rate and Thailand and Vietnam levy 20 per cent tax on companies.

Sitharaman said the latest measures will promote growth and investment, but sidestepped questions on its impact on fiscal deficit.

"We are conscious of the impact all this will have on our fiscal deficit, and will reconcile the numbers," she said.

Sitharaman also said no tax will be charged on share buyback by listed companies that announced such a move prior to July 5.

Also, super-rich tax by way of enhanced surcharge on income, announced in the July 5 Budget, will not apply to capital gains arising on equity sale or equity-oriented funds liable to securities transaction tax (STT) with a view to stablise flow of funds into capital markets.

Also, the companies will not have to pay minimum alternate tax (MAT).

To provide relief to companies which continue to avail exemptions and incentives, rate of MAT has been reduced from existing 18.5 per cent to 15 per cent.

Suman Chowdhury of Acuité Ratings & Research said the tax rationalisation along with the ongoing accommodative monetary policy should help to revive the economy over the next few quarters.

Suvodeep Rakshit, Senior Economist, Kotak Institutional Equities said the move will increase the retained earnings of the companies and forms the investible surplus for future and will move India to parity with its regional peers thereby removing one of the issues related to manufacturing and exports.

"On the flip side, it will negatively impact the bond market as the revenue forgone due to the tax rate reduction will make it difficult to stick to the fiscal deficit target," he said.

K R Sekar of Deloitte India said the tax cuts would encourage competitiveness and also minimise tax cash outflows which would be ploughed back into Economy. "It is a great move aiming to bring back the economy into sound position".

With her maiden budget seemingly failing to address issues facing the economy, Sitharaman has over the past one month announced measures in three tranches for different sectors of the economy including automobiles, banks and real estate.

Modi had on July 5 termed her maiden budget as "citizen-friendly, development-friendly and future-oriented".

India's gross domestic product (GDP) growth slowed for the fifth consecutive quarter in April-June 2019 to 5 per cent, the lowest in six years. This was on the back of faltering domestic demand, with both private consumption and investment proving lackluster.