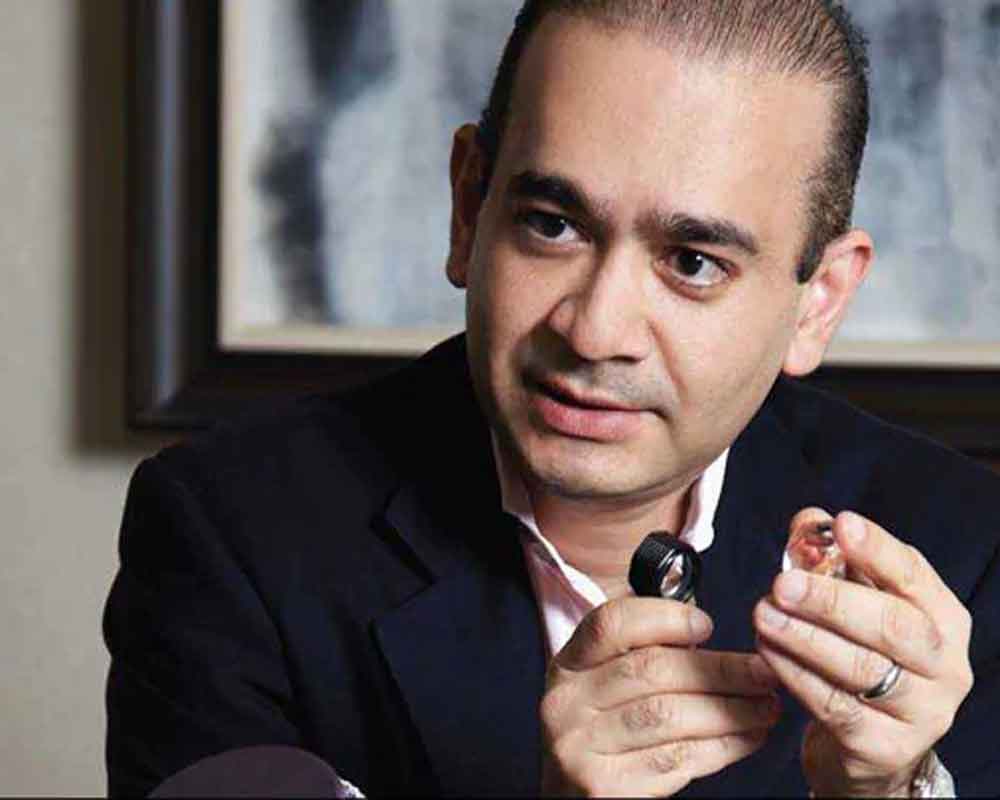 A UK court hearing the extradition case of fugitive diamond merchant Nirav Modi on Thursday fixed his next remand hearing for June 27 and directed the Indian government to confirm within 14 days which prison he is to be held in if he were to be extradited to India.

Modi, wanted in India to face charges of fraud and money laundering amounting to nearly USD 2-billion in the Punjab National Bank (PNB) case, was produced in the dock at Westminster Magistrates Court before Chief Magistrate Emma Arbuthnot for his first case management hearing Thursday.

The 48-year-old, dressed in a blue shirt and black trousers, took notes as the judge fixed his next remand hearing via videolink for June 27 and set a 14-day deadline for the Indian authorities to confirm the prison plans in India.

"There is no reason why it should not be answered within 14 days,” Judge Arbuthnot said, adding that Arthur Road Jail would be the “obvious candidate”.

Arbuthnot, who ordered the extradition of liquor tycoon Vijay Mallya in December 2018, had sought a video of the exact cell in which the former Kingfisher Airlines boss was to be held. She therefore indicated that if Modi was to be held within the same premises, the court would most likely not have any objections.

Modi's barrister, Clare Montgomery, agreed that unless it was the same cell, she would be seeking a court-appointed independent prison visit to ensure that any holding cell in India met with human rights guidelines.

No further details or timelines were set for the extradition trial at the first case management hearing on Thursday as Montgomery told the court that the defence team was yet to receive the opening position statement on the case to start building on its arguments.

The judge has given the Crown Prosecution Service (CPS), representing the Indian government, six weeks' time to present an opening position statement laying out the prima facie case against Modi, with the next case management hearing set for July 29 – when a timeline for extradition trial is expected to be laid out.

"I have had a brief look at the pagination and it is much better than before… it is much clearer than earlier, so I am delighted about that," said Judge Arbuthnot, as she welcome the improvement in the paperwork submitted by the Indian authorities.

She has previously been extremely critical of the paperwork submitted for previous extradition cases, including that of Mallya. She directed the CPS to make the index clearer in the opening statement, which is now due to be submitted by the Indian side by July 11.

A team from the Enforcement Directorate (ED) and Central Bureau of Investigation (CBI) were present during the hearing in court, which was especially packed due to a hearing in the Wikileaks co-founder Julian Assange's case, which was ultimately adjourned due to his “ill health”.

CPS barrister Ed Martin, representing the Indian authorities in the Modi case, had offered a six-week timeframe as opposed to an initial eight-week period for the opening statement after the judge pushed for an earlier date to move the legal process along.

Modi was taken back into custody at Wandsworth prison in south-west London, having been denied bail by the court on three previous occasions.

"This is a large fraud and the doubling of security to 2 million pounds is not sufficient to cover a combination of concerns that he would fail to surrender," Arbuthnot had ruled at the last hearing on May 8.

"A combination of interference with witnesses, destruction of servers and mobile phones and the lack of community ties means I still have doubts that he would fail to surrender before the court,” she concluded.

Modi was arrested by uniformed Scotland Yard officers on an extradition warrant from a Metro Bank branch in central London on March 19 and has been in prison since.

During subsequent hearings, Westminster Magistrates' Court was told that Modi was the "principal beneficiary" of the fraudulent issuance of letters of undertaking (LoUs) as part of a conspiracy to defraud PNB and then laundering the proceeds of crime.

Arbuthnot noted that Modi had "squirrelled away" funds that he may use for his escape from the UK if released on bail, which means he has remained at Wandsworth prison – one of England's most over-crowded jails – where his experience has been described by his lawyers as “vivid and damaging”.