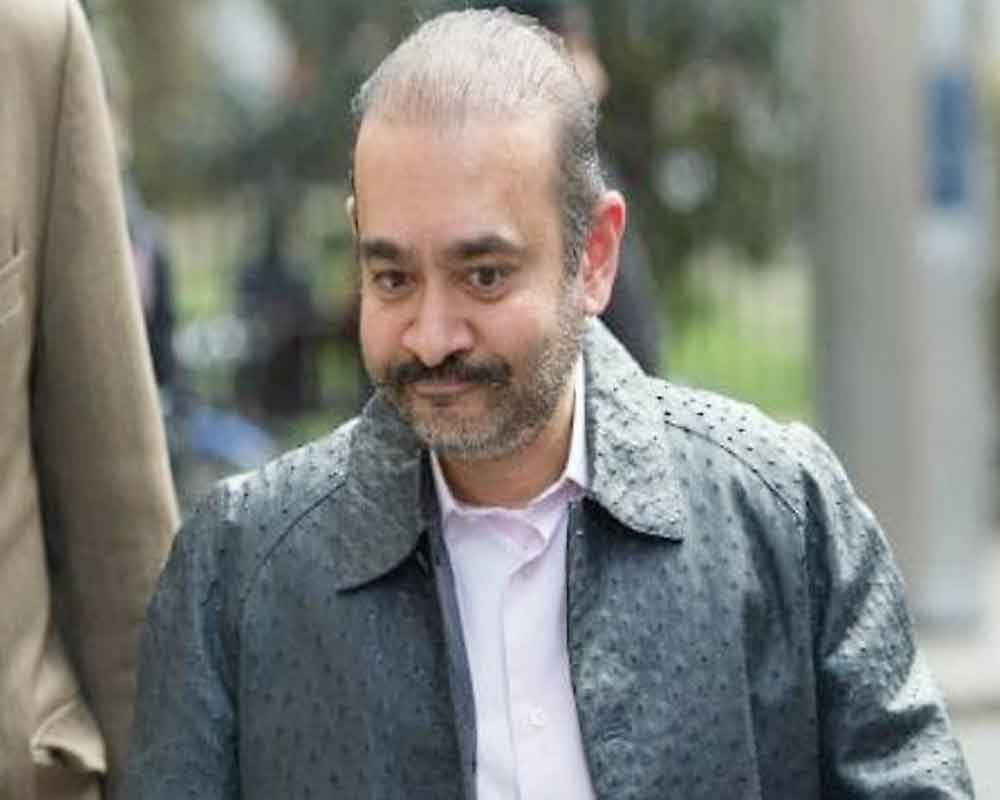 A UK judge who denied bail to Nirav Modi for a third time remained unconvinced that his community ties to Britain were strong enough to not make him a flight risk even though the fugitive diamond merchant was willing to double his security to 2 million pounds and live on a strict 24-hour curfew at his posh apartment in London.

The 48-year-old, wanted in India as the main accused in the Punjab National Bank (PNB) fraud and money laundering case amounting to up to USD 2 billion, is back in prison after his bail was denied on Wednesday by  Westminster Magistrates' Court Chief Magistrate Emma Arbuthnot.

Modi, clean-shaven and smartly dressed for court, sat in the dock and took notes as the prosecution painted a picture of a "diabolical" mastermind behind the “luring away” of witnesses, mostly his former employees, to far off destinations and destruction of potential evidence.

There were moments during the hearing of his third bail application at court when it seemed like Judge Arbuthnot might be persuaded to allow him out of prison on a "24-hour curfew" at his Centrepoint apartment in London.

"A combination of interference with witnesses, destruction of servers and mobile phones and the lack of community ties means I still have doubts that he would fail to surrender before the court," she concluded in the end.

"There does seem to be a luring away of witnesses (to Egypt) and some pressure that took witnesses away from India," she noted, making specific reference to a transcript of a conversation which indicated that Modi may have been using his US-based brother Nehal Modi to do his "dirty work as it were".

In the judge's own words, Modi's barrister Clare Montgomery made a "compelling" argument against his continued imprisonment while he awaits trial in his extradition case and submitted that her client was willing to abide by any stringent conditions as long as he did not have to be lodged in the "unliveable" Wandsworth prison cell.

"His experience in custody has been vivid and damaging," said Montgomery, as she sought to counter the evidence put forward by the Indian authorities.

A team from the Enforcement Directorate (ED) and Central Bureau of Investigation (CBI) as well as the High Commission of India were present in court as Crown Prosecution Service (CPS) barrister Nick Hearn presented the government of India's arguments against Modi's release from jail.

The focal point of the lengthy bail hearing was a set of witness statements by former employees such as Ashish Lad and Subhash Parab, which the defence team sought to establish reflected intimidation from the ED but the prosecution stressed that the intimidation was masterminded by Modi.

"These are a plausible and coherent account of witnesses being contacted by associates of Mr Modi. There is very credible evidence of interference with witnesses. Nothing in the defence bundle undermines those coherent allegations," said Hearn, referring to the fresh set of documents submitted by Modi's defence on April 30 in support of the third bail application this week.

In the end, while the judge admitted that the 2 million pounds offered by Modi as security for his bail – doubled from the previous hearing as a result of additional funds from his “employer” – she remained unconvinced that his community ties to the UK were strong enough to not make him a flight risk from the country.

Montgomery sought to convince the judge otherwise, pointing to the fact that his children had their secondary education in the UK and were in the US now only because of the ill health of their maternal grandfather.

"His presence here [UK] has got surer and firmer, in fact he clings to it because his alternative would be to go back to India. He has no other feasible place to go," she said, also pointing to the fact two of his elder children are set for summer internships in the UK.

But in the end the judge remained unconvinced on all factors behind the "large fraud" and noted that the case against Modi was not "done and dusted", which left the prospect of further interference with witness still a potential issue. There was also some concern over money being "squirrelled away", giving him access to funds for escape.

A visibly crestfallen Modi was led away from the dock as his bail, which had already been rejected twice before by the same court, was turned down yet again. It remains unclear whether his team intend to appeal against the lower court order in the UK High Court.

But meanwhile, the extradition case will return for its next hearing on May 30, by when Montgomery told the court the Indian government would be ready with a "perfectly paginated" set of documents in support of the case against her client.

The comment was a sarcastic reference to the state of paperwork presented by the Indian authorities in previous extradition cases, including that of liquor tycoon Vijay Mallya – also heard by Judge Arbuthnot.

She has been very firm with the Indian side about proper indexing of all documents to be submitted to the court in relation to the case.

Modi was arrested by uniformed Scotland Yard officers in central London on March 19 and faces extradition to India as the "principal beneficiary" of the fraudulent issuance of letters of undertaking (LoUs) as part of a conspiracy to defraud PNB and then laundering the proceeds of crime.

The diamond merchant has been behind bars at one of England's most overcrowded prisons – Her Majesty's Prison (HMP) Wandsworth.