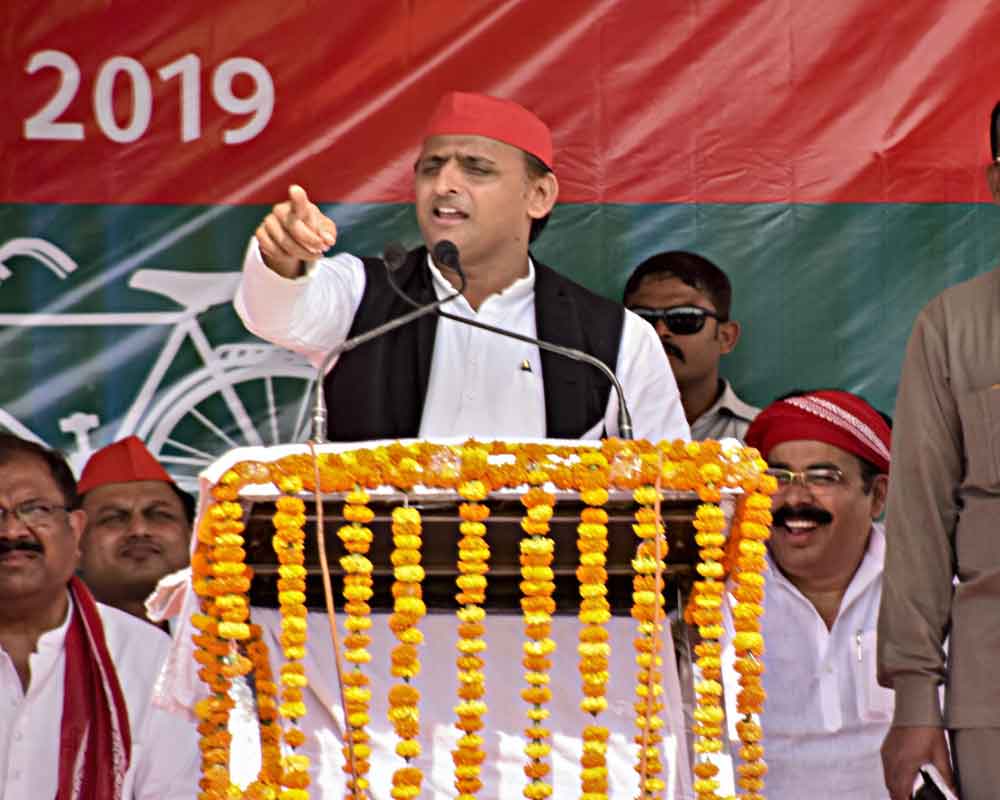 Samajwadi Party chief Akhilesh Yadav on Monday alleged that the BJP came to power by spreading lies and hatred and cautioned the people against falling for its "deception" again.

Addressing a joint rally with BSP chief Mayawati, he said there is no difference between the BJP and the Congress.

He claimed the opposition alliance will give the next prime minister who will  fulfil the aspirations of the people of the country.

"They came to power by spreading hatred and speaking lies. Can you tell me whether farmers' income has doubled? Youths are roaming around without employment

"Demonetization took away the existing jobs in the country and destroyed small businesses. BJP snatched the financial assistance in education.... They are conspiring and trying to come to power with deception," he said.

He blamed the Yogi Adityanath Government for the death of children allegedly due to lack of oxygen supply in BRD medical college in Gorakhpur in 2017.

He also raised the issue of stray cattle.

"I don't know about Gorakhpur but Lucknow is full of thousands of stray bulls. They attacked people, injuring them and many died. Baba CM is responsible for these deaths," Yadav said.