One killed, 35 injured in grenade attack in Srinagar

One killed, 35 injured in grenade attack in Srinagar 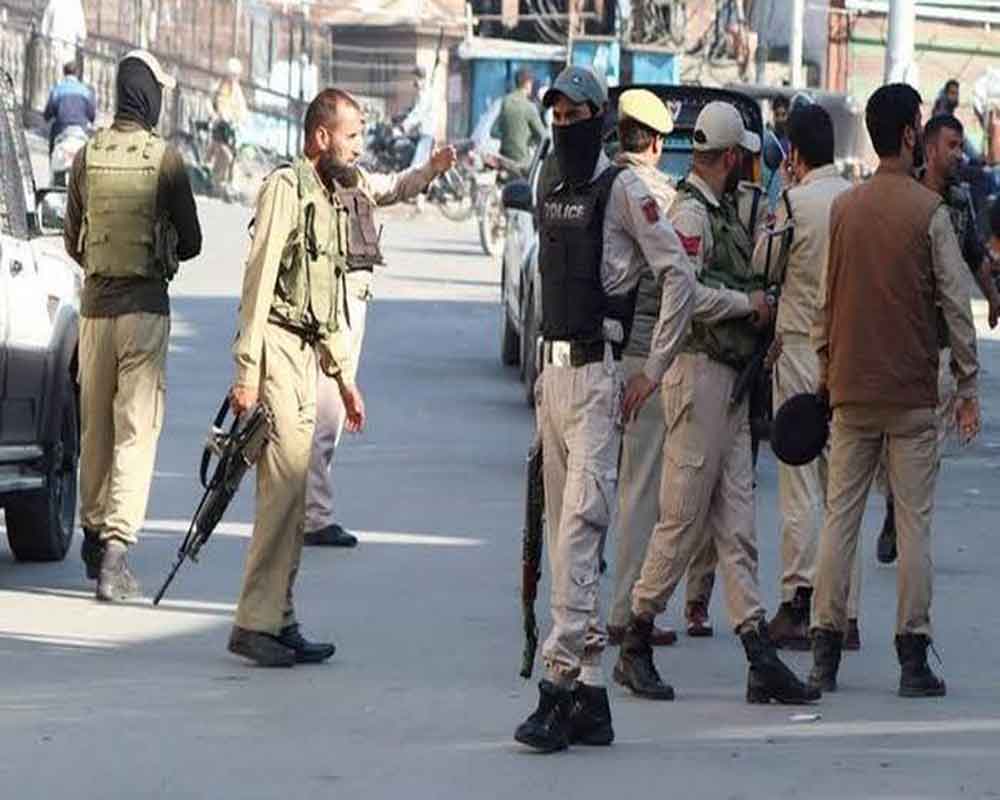 Terrorists lobbed a grenade in a busy market in the heart of the city, killing one person and injuring 35 on Monday, almost three months since the Centre revoked the special status of the erstwhile state of Jammu and Kashmir on August 5, police said.

This is the second grenade attack in less than a month in the summer capital of what is now the union territory of Jammu and Kashmir.

The 35 injured, including three security personnel, were rushed to the nearby SMHS hospital where the condition of two is critical, officials said.

The person killed has been identified as 40-year-old Rinku Singh, a resident of Saharanpur, they said.

The attack took place at 1.20 pm, a time the Hari Singh High Street market was crowded with people and roadside vendors.

On October 12, terrorists injured five people in a similar grenade attack in the area.

Traffic was scarce in the city with the capital of the newly created union territory of Jammu and Kashmir shifting to Jammu for the winter.

On August 5, the Centre announced the revocation of the erstwhile state's special status under Article 370 and the bifurcation of the state into two union territories, Jammu and Kashmir, and Ladakh.

On Monday, almost three months to the day, normal life remained disturbed.  Shops and other business establishments opened early in the morning but downed their shutters around 12 noon due to fewer customers following shifting of the capital to Jammu as part of bi-annual 'darbar move', officials said.

While public transport was off the roads in most parts of the Valley, the movement of private vehicles in the city was less than usual as a large number of government employees have shifted base to Jammu.

A large number of roadside vendors set up their stalls on the TRC crossing-Batamaloo axis in the city but the number of customers was less, the officials said.

Efforts of the state government to open schools have not borne any fruit as parents continue to keep the children at home due to apprehensions about their safety. However, board examinations for Classes 10 and 12 are going on according to schedule.

Landline and postpaid mobile phone services have been restored across the valley, but all internet services continue to remain suspended since August 5.

Most top level and second rung separatist politicians have been taken into preventive custody while mainstream leaders including two former chief ministers -- Omar Abdullah and Mehbooba Mufti -- have been either detained or placed under house arrest.

The government has detained Farooq Abdullah, former chief minister and sitting Lok Sabha MP from Srinagar, under the controversial Public Safety Act, a law enacted by his father and National Conference founder Sheikh Mohammad Abdullah in 1978 when he was chief minister.