Only Modi can protect the country's borders : Amit Shah

Only Modi can protect the country's borders : Amit Shah 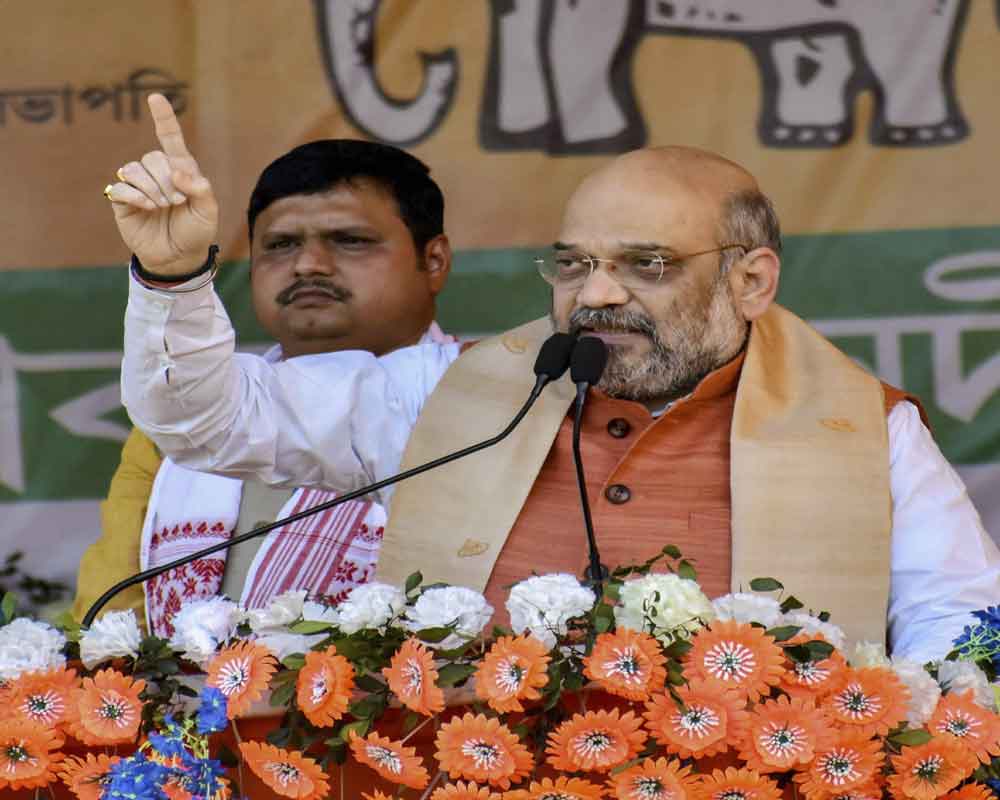 BJP president Amit Shah Thursday said only Prime Minister Narendra Modi can protect the borders of the country, not the Congress party and its chief Rahul Gandhi.

He also criticised the Congress for asking proof of the casualty in the air strike at Balakot in Pakistan and claimed that India under Modi has become the third country in the world after the US and Israel to take revenge of its soldiers' blood.

"Should we not take revenge of our soldiers' blood? The Congress cannot protect the country's border. Only Narendra Modi and BJP can do that," Shah told an election rally here.

India under the leadership of Modi took revenge of the blood of the soldiers after the Uri and Pulwama attacks by Pakistan-based terror elements, the BJP president said.

"In 10 years of Sonia Gandhi and Manmohan Singh government, our soldiers' heads were chopped off. But there was no reply from India side," he alleged while campaigning for BJPs ally AGP's Monimadhab Mahanta who is contesting from Kaliabor Lok Sabha seat.

"It was Sarbananda Sonowal and Himanta Biswa Sarma's BJP government which dared to evict all the immigrants from Kaziranga. Make Narendra Modi the PM again and I assure you that we will detect and deport every single illegal immigrant out of Assam," he added.