Oppn alliance of 'opportunists' will fail in their mission: PM

Oppn alliance of 'opportunists' will fail in their mission: PM 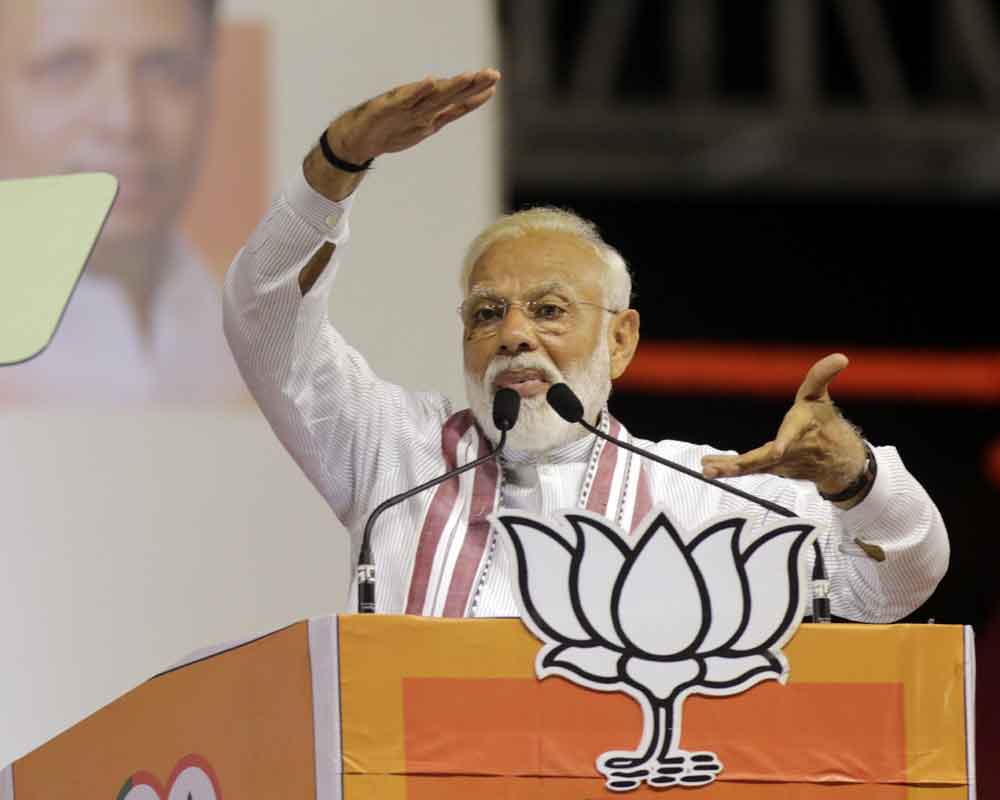 He was speaking at an election rally here, a day after filing his nomination from the Varanasi Lok Sabha seat for a second term.

Modi attacked the alliance for attacking 'chowkidar' and Ram bhakts and said it is a tie-up of opportunists and it was "mahamilawati".

He alleged that wanted a helpless government because their mantra was "Jaat, paat japna; janata ka maal apna" (They talk about caste while looting people's money).

Without mincing words, he told the opposition parties that whatever efforts they make, they will fail in their mission.

"Whatever efforts you (opposition) make, it will be..." the prime minister said, following which the crowd shouted in chorus "Modi again".

He ridiculed opposition leaders for their "dream" of becoming prime minister and poked fun at BSP chief Mayawati for seeking support of the Samajwadi Party "just for the sake of power".

Modi told the gathering that, "These (parties) are the ones who seek evidence of (Balakot) airstrikes and shed tears for Batla House encounter (against terroists)."