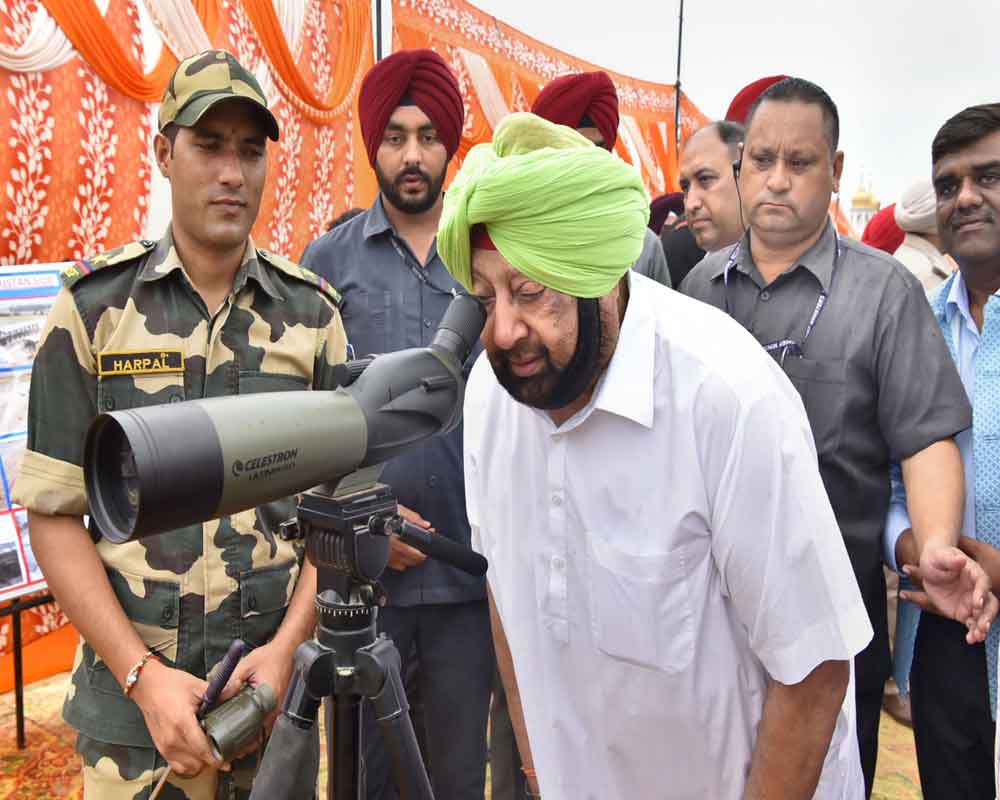 Comparing it with 'Jazia', a tax imposed in earlier times on non-Muslims in Muslim countries, Punjab Chief Minister Amarinder Singh on Thursday reiterated his demand for immediate withdrawal by Pakistan of the proposed facilitation charges on visitors to the historic Gurdwara Kartarpur Sahib.

Pointing out that Emperor Akbar had abolished the controversial and regressive tax during his rule, the Chief Minister said the proposed Pakistani service charge of $20 a visitor was against the basic spirit of Sikh ideology of allowing 'khulle darshan deedar' of the gurdwaras or Sikh shrines which remained in Pakistan after partition.

In informal media interactions at Dera Baba Nanak in Gurdaspur district, where he reviewed the progress of the Kartarpur corridor construction work, the Chief Minister pointed out that he has already sought Prime Minister Narendra Modi's intervention to pressurise Pakistan into withdrawing its proposed service charge.

Amarinder Singh had suggested that the Minister for External Affairs take up the matter in the bilateral meetings in this regard.

The Chief Minister expressed confidence that the work on the Kartarpur corridor on the Indian side would be completed by October 30, though he expressed concern about the pace of progress on the Pakistani side.

In response to a question on the security threat along the corridor, he underlined the need to remain on constant guard.

Asked about the differences with the Shiromani Gurdwara Parbandhak Committee (SGPC) on the celebration of the 550th birth anniversary of Guru Nanak Dev, the Chief Minister said talks were progressing cordially and his cabinet colleague Sukhjinder Singh Randhawa had met them on Wednesday to resolve all issues amicably.

The Chief Minister once again urged all to rise above petty politics to celebrate the historic event in unison.

Amarinder Singh also reiterated his plea to the people to uphold the tenets of Guru Nanak Dev to conserve water and air.

Describing his visit to Dera Baba Nanak as a special occasion, the Chief Minister recalled that he had served in the Indian Army in the border area during the 1965 Indo-Pakistan war.

It was a matter of great pride and honour that the valiant Indian soldiers were defending the nation's borders from external as well as internal aggression, but the frequent sacrifices they had to make was painful and disturbing.

Asked to comment on Navjot Singh Sidhu's absence from the review meeting, the Chief Minister pointed out that it was a Cabinet review and Sidhu was no longer a minister in his Cabinet.

On the issue of the enhanced fines under the amended Motor Vehicles Act, the Chief Minister said since the Central government had left the final decision to the states, the minister concerned was looking into the matter.