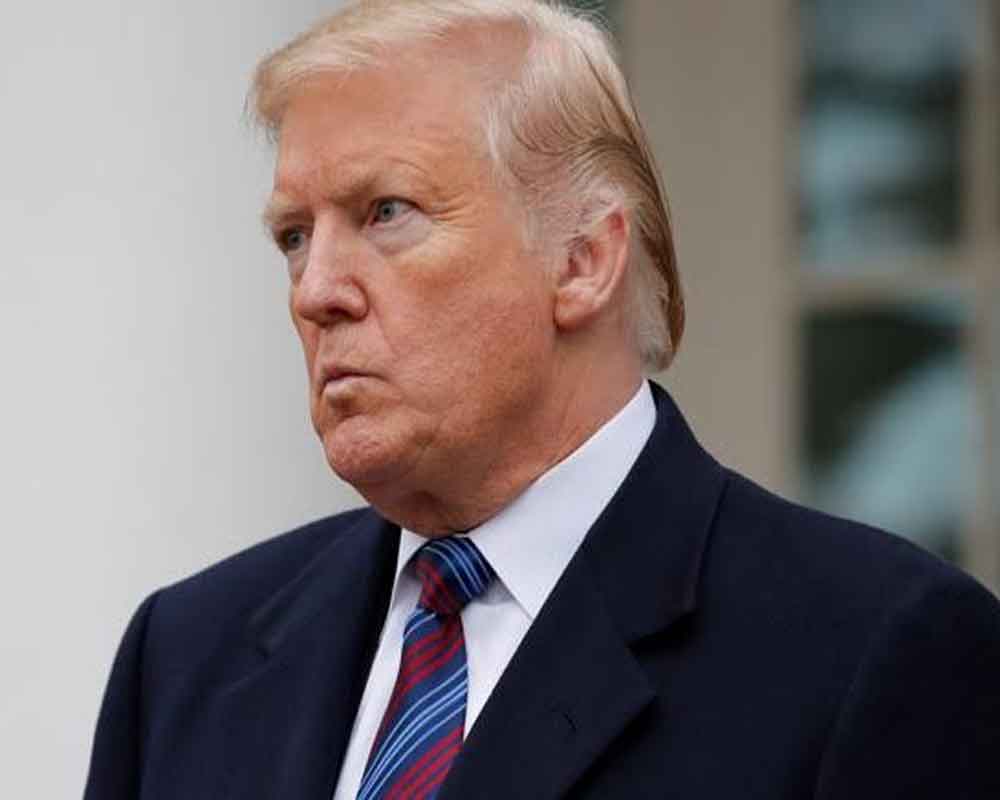 Speaker of the House Nancy Pelosi said testimony provided Wednesday by two witnesses, including a US envoy to Ukraine appointed by Trump himself, was damning because it "corroborated evidence of bribery" by Trump in his actions regarding Ukraine.

The comments signal that Democrats believe the evidence that emerged from the first public hearing of Trump's impeachment inquiry was strong enough to back their argument that Trump abused the power of his office to advance his political interests.

The evidence, Pelosi told reporters, makes the wrongdoing by former president Richard Nixon, who resigned in disgrace in 1974 when it became clear he would be impeached, "look almost small" by comparison.

"The devastating testimony corroborated evidence of bribery uncovered in the inquiry," she said.

"And the president abused power and violated his oath by threatening to withhold military aid and a White House meeting in exchange for an investigation into his political rival -- a clear attempt by the president to give himself the advantage in the 2020 election."

Pelosi's wording appears to be an intensification of the language that Democrats are using to describe Trump's alleged wrongdoing, moving on from the "quid pro quo" that they used in recent weeks.

"The bribe is to grant or withhold military assistance in return for a public statement of a fake investigation into the elections," Pelosi said.

Republicans have ramped up their defense of the president, saying Wednesday's witnesses -- top US envoy to Ukraine William Taylor, and deputy assistant secretary of state George Kent -- never spoke with Trump.

"Their understanding, which is the foundation of the case for Democrats, was based on second-hand information," House Minority Leader Kevin McCarthy said. "Nothing is there that's impeachable."

Public impeachment hearings resume Friday with the testimony of former ambassador to Ukraine Marie Yovanovitch, who says she was ousted because the Trump administration believed she would not go along with plans to pressure Ukraine to investigate Democrat Joe Biden, a potential Trump White House rival in 2020.

Several witnesses, including Ambassador to the European Union Gordon Sondland -- whom Taylor said was on a previously unpublicized telephone call with Trump in which they discussed the Ukraine pressure -- are due to testify publicly next week.