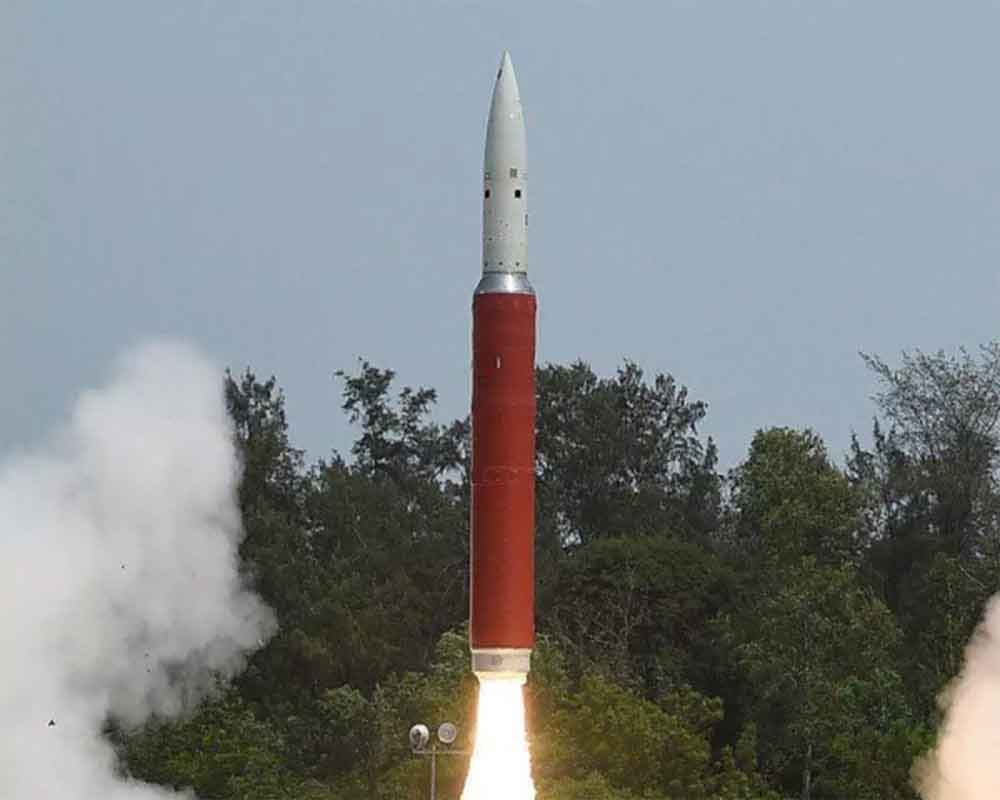 India is concerned about the "threats" it faces in space, the Pentagon has said, defending the country for acquiring anti-satellite (ASAT) missile test capabilities.

On March 27, India achieved a historic feat by shooting down its own low-orbit satellite with a ground-to-space missile, making the country a space power.

The test made India the fourth country in the world after the US, Russia and China to have the ASAT capabilities.

"The first lesson from the Indian ASAT is just the simple question of why did they do that. And the answer should be, I think to all the committee looking at it, is that they did that because they are concerned about threats to their nation from space," US Strategic Command Commander General John E Hyten told members of the powerful Senate Armed Services Committee on Thursday.

"And therefore, they feel they have to have a capability to defend themselves in space," Hyten told Senate Armed Services Committee while responding to a question from Senators on the need for India to do anti-satellite missile test, and the debris it generated in the space.

After India's test, NASA termed as a "terrible thing" the country's shooting down of one of its satellites, saying it created about 400 pieces of orbital debris, endangering the the International Space Station (ISS).

NASA Administrator Jim Bridenstine had said about 60 pieces were tracked and out of which 24 are going above the apogee of the ISS.

Hyten advocated for the development of some kind of international norms of behaviour in space.

"And where those norms of behaviour should begin, from my opinion, is with debris, because as the combatant commander responsible for space today, I don't want more debris," said the top Pentagon commander.

Raising the issue, Senator Tim Kaine said India announced last month that it had successfully conducted a test of an anti-satellite weapon.

"So, they had something in low earth orbit. They used an anti-satellite weapon to down, and it resulted in - the estimate's right now 400 pieces of debris, 24 which are large enough to potentially pose a threat to the International Space Station," he said.

"There have been other instances like this. There was a Chinese - a similar effort in 2007 that led to the catalogued 100,000 pieces of debris, many of which are still observing in debris fields that pose danger to other assets in space," he said.

There was a collision in '09 between a working US satellite and a sort of defunct Soviet era satellite that -kind of a fender bender that produced debris. Then this debris causes challenges, he added.

"If we think that space is going to be more of a traffic jam, more satellites for all kinds of purposes up there, what should we be thinking about as a Senate in this committee or in Foreign Relations about sort of the rules?" he asked.

"What should the rules environment be, and what should we be doing to try to promote rules? India is an ally. We're not talking about an adversary doing something. We're talking about them testing some capacity, but then that creates challenges for all kinds of uses of space. How should we be solving problems like that?" Kaine asked.