PM stole from Andhra Pradesh and gave it to Anil Ambani: Rahul Gandhi

PM stole from Andhra Pradesh and gave it to Anil Ambani: Rahul Gandhi 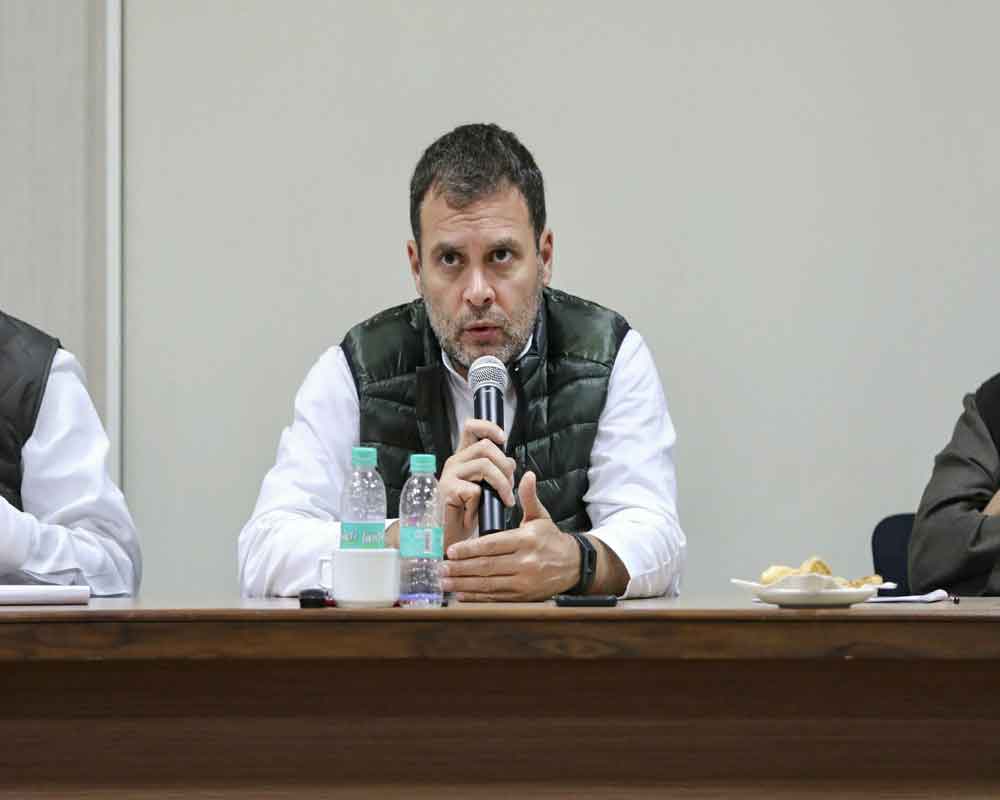 Expressing support for Andhra Pradesh Chief Minister Chandrababu Naidu's daylong fast, Congress chief Rahul Gandhi on Monday alleged that Prime Minister Narendra Modi had stolen from the people of the state and given the money to industrialist Anil Ambani.

The TDP president is on a fast here demanding that the Centre fulfil all promises made during Andhra Pradesh's bifurcation in 2014 and alleging that the prime minister was not following 'raj dharma' by denying the state special status.

"The prime minister has stolen from the people from Andhra Pradesh and he has given that money to Anil Ambani. That is the fact of the matter," Gandhi said at the venue of the hunger strike in Andhra Bhavan.

The government and Ambani have rejected Gandhi's allegations of corruption in the Rafale fighter jet deal with France.