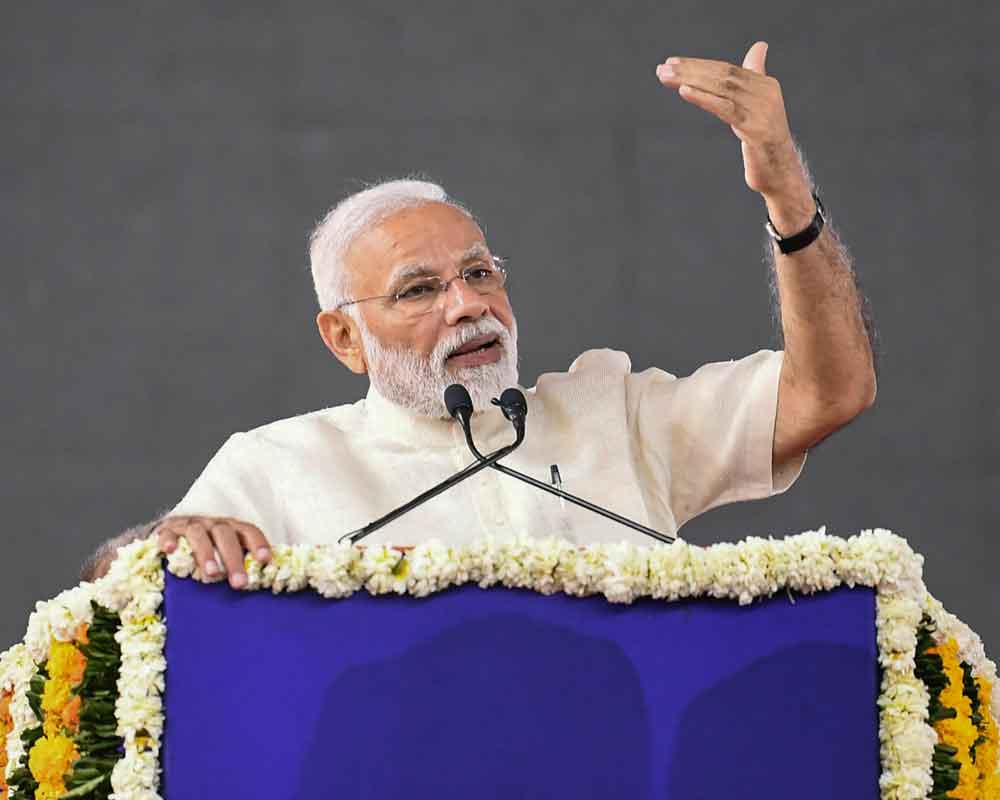 Prime Minister Narendra Modi Thursday urged all lawmakers to utilise Parliament's Budget Session for having constructive debates and said those who do not take interest in discussions in the House, resentment is generated against them in society.

Speaking outside Parliament before the start of the session, the prime minister said there is awareness among the people in the country and all citizens watch the proceedings closely.

"Small things reach the common man. Those who do not have interest in discussions, resentment is generated against them in the society," he said.

"I hope legislators will keep these sentiments in mind and will utilise this session and participate in the debates that benefit Parliament, benefit government and people, and make use of the opportunity," Modi said.

He said his government's mantra is 'Sabka Saath, Sabka Vikas' and the same spirit will be seen in Parliament.

"We are looking forward to discussing all issues," the prime minister said.