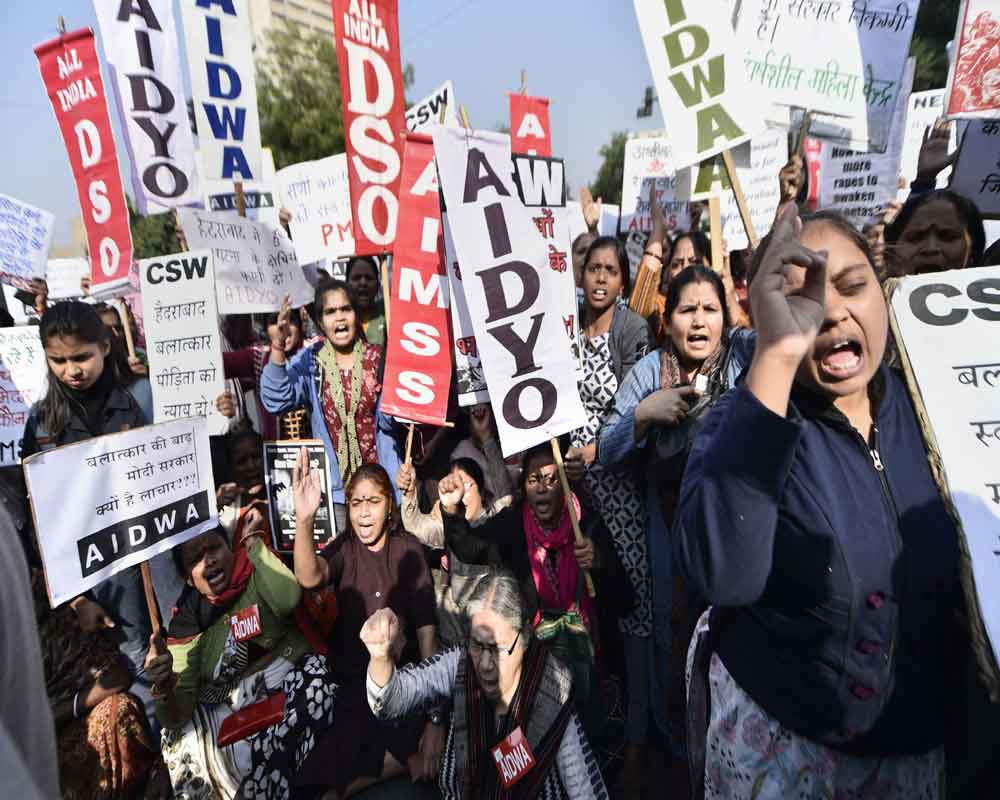 The Hyberabad Police probing the gang-rape and murder of a 25-year-old woman veterinarian near here moved a court on Monday seeking custody of the four people arrested in connection with the heinous crime for interrogation.

The petition was filed in a court in Mahabubnagar district for custodial interrogation as part of further investigation in the case, a senior police official told PTI.

The plea is likely to come up for hearing later on Monday.

The four had allegedly raped the woman, who worked as an assistant veterinarian at a state-run hospital, and burnt her alive on November 27 with the grisly crime coming to light the next day when her charred body was found.

The four men, all lorry workers, aged between 20 and 24, were arrested on November 29 and are lodged in the Cherlapally Central Prison after a court remanded them to 14 days judicial custody.

The incident has triggered nation-wide outrage and protests held at several places demanding stern punishment to the culprits.

They had said the decision was taken as "a moral and social responsibility" in view of the "heinous crime committed by the accused".