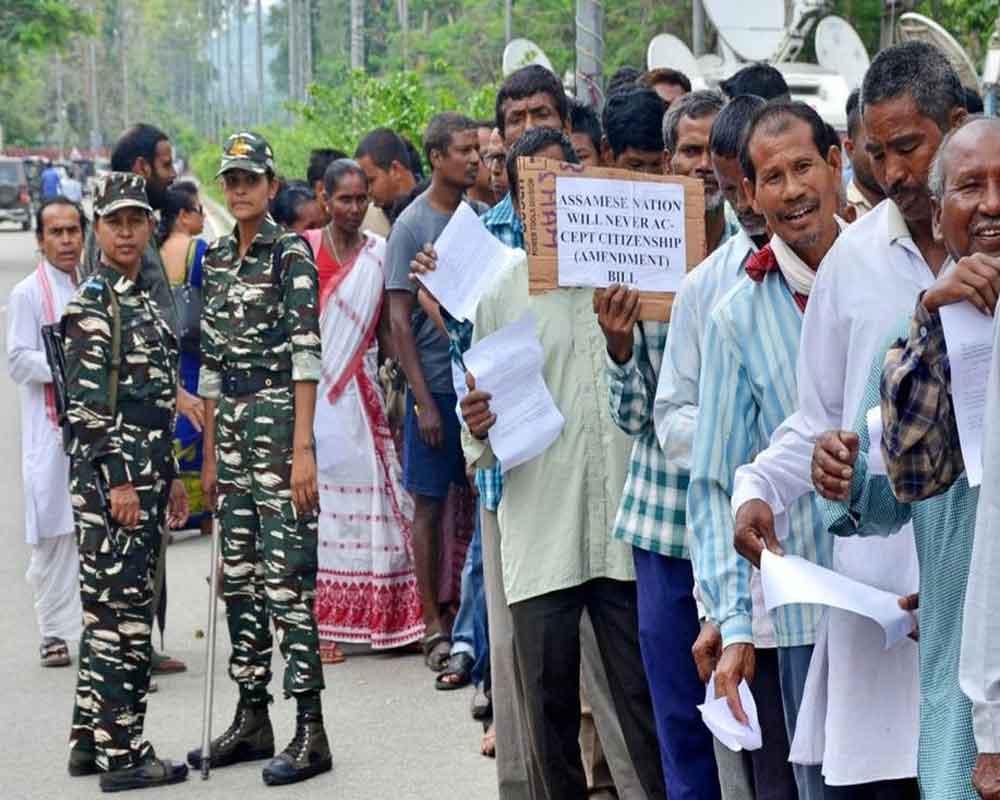 Protests against the contentious Citizenship (Amendment) Bill continued for the fifth week in Assam as scores of people lead by the All Assam Students Union (AASU) came out to streets holding torch lights late Thursday.

The opposition Congress also took out similar rallies across the state vehemently opposing the Bill.

Lead by AASU chief advisor Samujjal Bhattachrya and president Dipanka Nath, the protestors raised slogans against the bill, Prime Minister Narendra Modi, Chief Minister Sarbananda Sonowal and the BJP-led governments in the state and the Centre.

They also demanded Sonowal to stand with the people of Assam and take action to stop the Bill from being passed.

The Bill, passed in Lok Sabha on January 8, seeks to provide Indian citizenship to non-Muslims from Bangladesh, Pakistan and Afghanistan.

A large section of people in the northeast have opposed the Bill, saying it would nullify the provisions of the Assam Accord of 1985, which fixed March 24, 1971, as the cut-off date for deportation of illegal immigrants irrespective of religion.

Protests against it have been continuing in the northeast for nearly five weeks.

The Asom Gana Parishad, which withdrew support to the ruling BJP in the state over the Bill on January 8, has decided to support the 70 organisations, led by the Krishak Mukti Sangram Samiti (KMSS), agitating against the Bill.

The AASU chief said they will continue their protest against the Bill. "If the bill is passed in the Rajya Sabha, it will render the Assam Accord null and void and will also make the National Register of Citizens updation process meaningless," Bhattacharya asserted.

Pro-talk ULFA leader and general secretary Anup Chetia, who was also present at the rally, said the "contentious Bill threatened the existence, language, culture and heritage of the Assamese people".