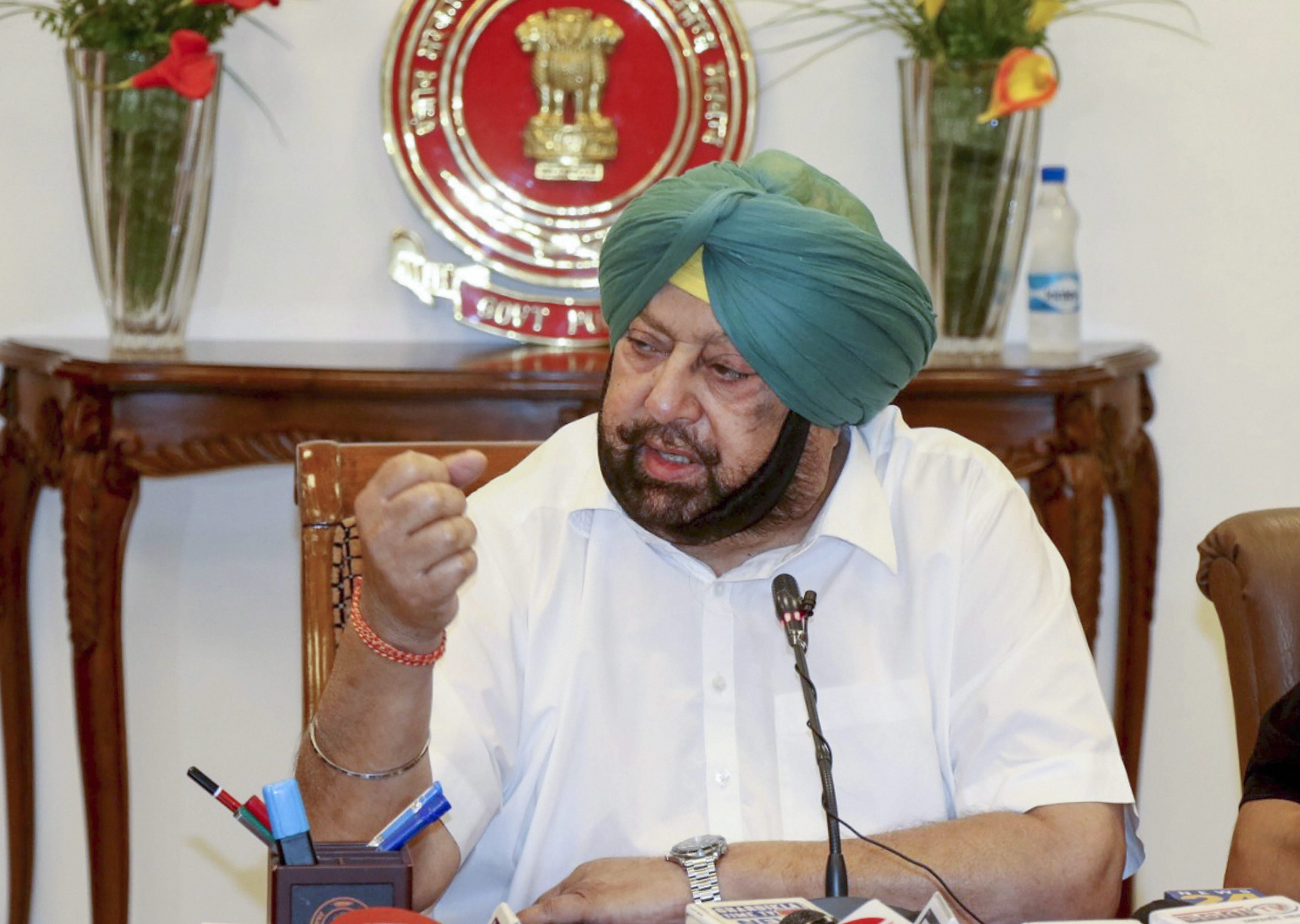 Singh said he would approach the Conghress high command over Sidhu's remarks on the sacrilege issue during sacrilege. A day before polling, Sidhu had raised questions on the probe into the desecration of religious texts in 2015.

Singh claimed that the remarks "might have affected the party's performance in Bathinda".

He said the urban votebank had been the backbone of the party in the state but Sidhu's failure to do any development work had impacted the Congress, which had performed well this time in rural areas.

"I intend to change Sidhu's portfolio for his inept handling of his department," the chief minister said in a statement here.

Singh said it was wrong on his part to make the controversial remarks and the minister evidently did not understand that a special investigation team (SIT) had been set up to probe the sacrilege issue.

Asked if the party high command would agree to change Sidhu's portfolio, Singh said he had raised the issue with them some months ago and it was agreed that any decision in the matter would be taken after the Lok Sabha elections.

The chief minister said he was confident that not just party president Rahul Gandhi but even Congress leader Priyanka Gandhi Vadra, who was believed to have a soft corner for Sidhu, would agree in the interest of the state and for strengthening the party.

Singh said Sidhu, who was the minister for local government, had not been able to handle his department and the Congress had performed poorly in urban areas in Punjab,.

The chief minister said he intended to take up the issue with the party high command once things settled down, after the election results.

The chief minister said Sidhu's "yari and jhappi" (friendship and hugs) with the Pakistani army chief would not be tolerated, especially by Army personnel, who were being killed by the ISI-backed terrorists.

He also said the performance of the state ministers would be reviewed in the backdrop of the Lok Sabha results.