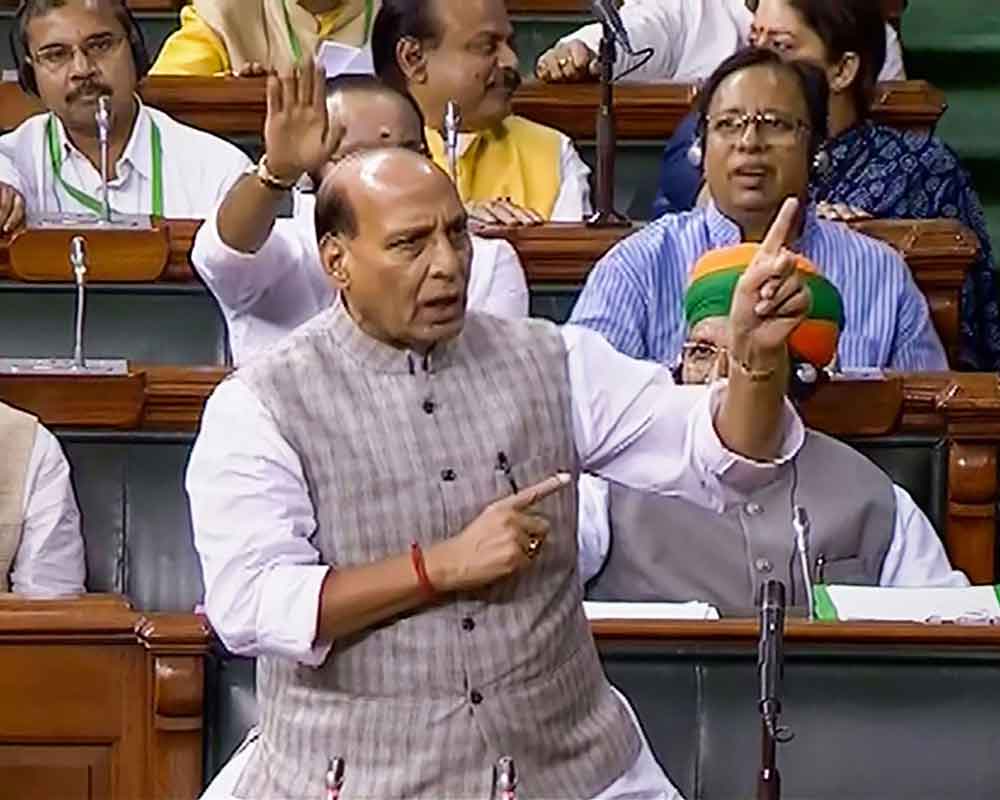 Congress leader Rahul Gandhi on Thursday blamed the Centre for the "terrible plight" of farmers and accused it of favouring the rich, forcing Defence Minister Rajnath Singh to attack successive Congress governments for their present situation.

Raising the issue of farmer suicides during Zero Hour in the Lok Sabha, Gandhi said farmers were suffering throughout the country.

He expressed unhappiness over the Union Budget 2019-20 for not taking "concrete" steps to provide relief to the farmers and requested the Central government to fulfil the commitments made by Prime Minister Narendra Modi.

Gandhi accused the Centre of neglecting the farmers by giving them only Rs 4.3 lakh crore in tax concessions compared to "rich businessmen" who he alleged had got a loan waiver of Rs 5.5 lakh crore.

"Why is this shameful double standard? Why does the government act as if our farmers are inferior to the rich?

"The Prime Minister made certain commitments five years ago to the farmers on prices and farm loans. As there is a terrible situation for the farmers, I would request the government to fulfil these commitments."

Gandhi said a farmer in Kerala's Wayanad, from where he was elected to the Lok Sabha, committed suicide on Wednesday due to his debt.

"In Wayanad alone bank notices for non-payment of loans have been given to almost 8,000 farmers. The farmers are facing threat of immediate eviction.

"Their properties are attached against the bank loans. This is resulting in a spate of farmer suicides," said Gandhi.

Countering Gandhi, the Defence Minister said people who ran governments for decades were responsible for the present plight of farmers.

Singh said most suicides by farmers took place before the BJP-led government came to power in 2014.

He also said that following the efforts of the Modi government, the income of farmers rose by 20-25 per cent.