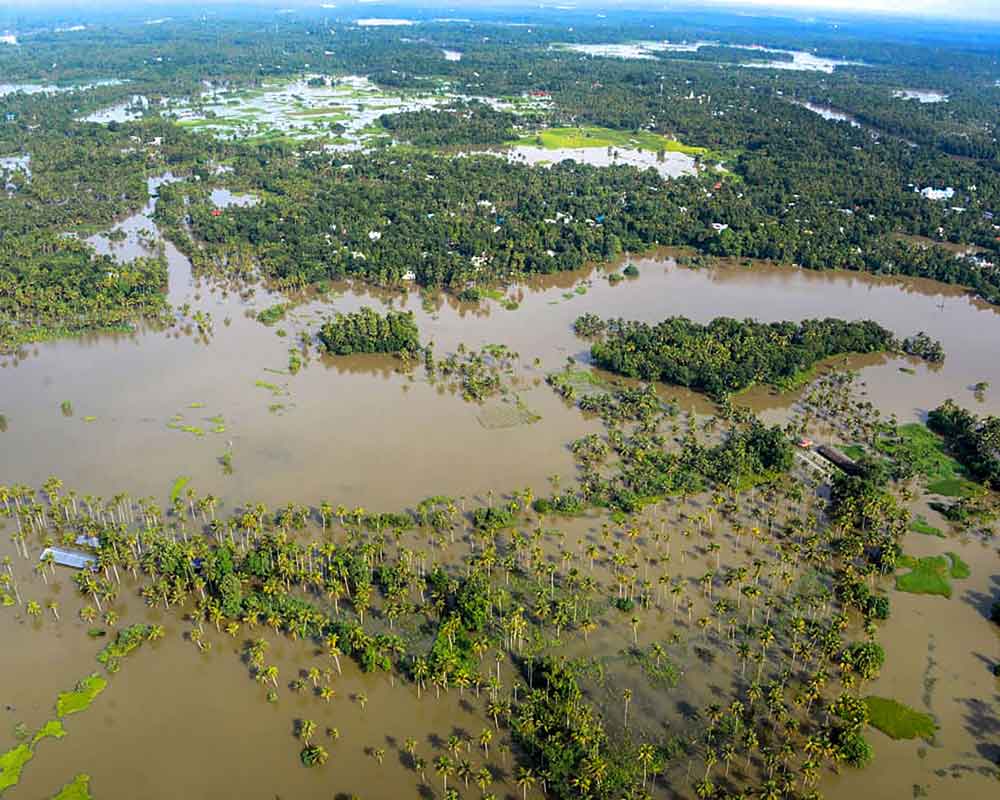 With rains subsiding in many parts of Kerala, search operations are underway in landslide hit areas of Kavalappara and Puthumala in Malappuram and Wayanad, even as the toll in the monsoon fury climbed to 76 and 2.87 lakh persons have sought refuge in relief camps.

Fifty eight persons are still missing, of whom 50 are in Malappuram, where the toll is 24, the highest in the state.

Congress leader Rahul Gandhi, who is in Kerala to take stock of the flood situation, this morning visited a relief camp at the hill town of Thiruvambady, part of Wayanad constituency, which he represents in the Lok Sabha.

"In this tragedy we all are standing with you", he said, addressing the people in the camp and wanted Congress and UDF workers to provide all help those affected by the deluge.

"I have come here with sadness. There is tremendous tragedy in Wayanad. I also know today is a festival. Though it is not a happy occasion, I still wish you for Id", he said.

In many camps, people observed a low key Id festival with well wishers bringing in food and new clothes for the inmates.

There was no red alert in any of the 14 districts on Monday.

With the recovery of more bodies, including 24 from Malappuram, 17 from Kozhikode and 12 from Wayanad since August 8, the toll has gone up to 76.

A massive landslide had wrecked havoc in Kavalappara, a 10 acre settlement near Nilambur in Malappuram on August 8 and according to local people at least 50 people are still missing.

In Puthumala in Wayanad, another landslide had wrecked havoc the area. Ten bodies have been recovered and seven people are said to be missing.

Efforts are on to reach relief materials-- clothes, medicines and cleaning materials to people who have been displaced and collection centres have come up across Kerala.

Meanwhile, the Kerala University has postponed all its examinations to be held for August 13, a release said.