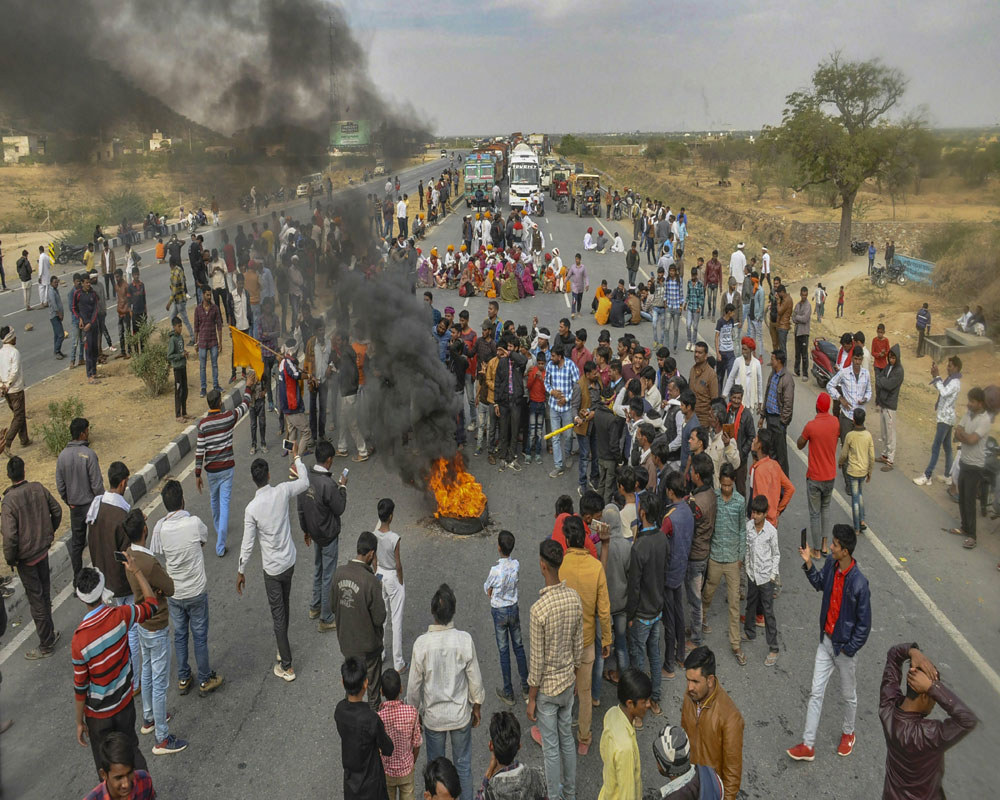 Rajasthan government Wednesday introduced a bill in the Assembly to give a five per cent quota in jobs and educational institutes to Gujjars and four other communities agitating for it.

Gujjar leaders were yet to call off their protest, saying they are awaiting a “concrete proposal” from the government, indicating that they wanted the bill to be passed first.

Gujjar leader Kirori Singh Bainsla and his supporters have blocked the railway tracks in Sawai Madhopur district and several highways, demanding the quota in government jobs and educational institutes.