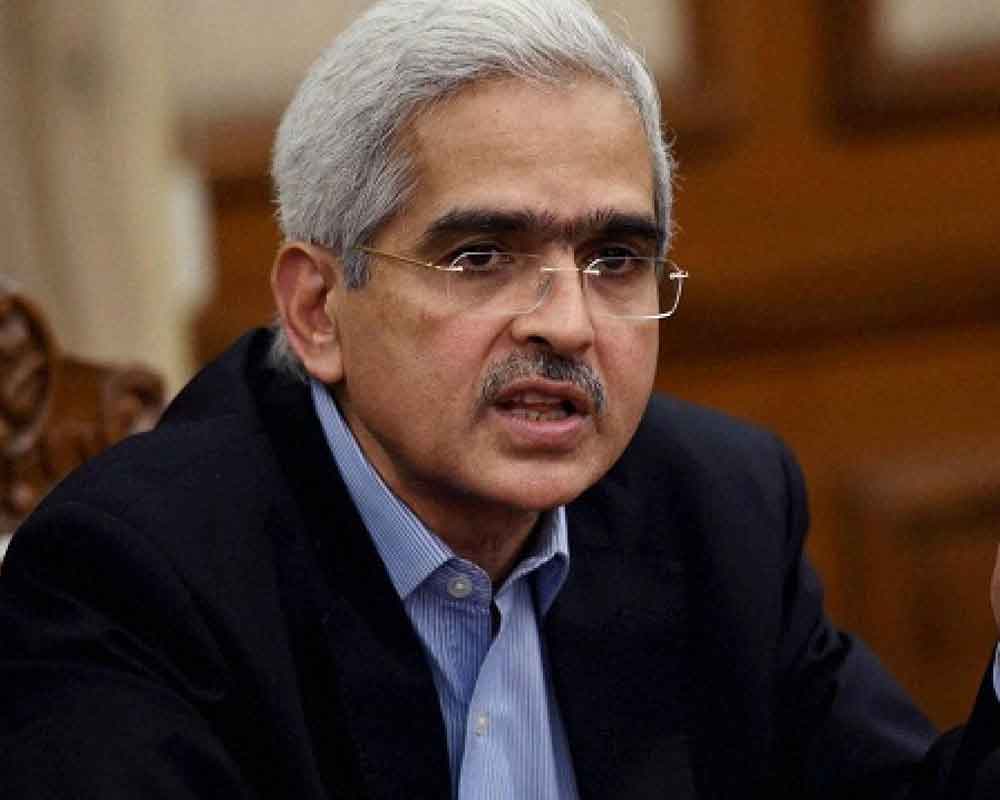 In a move that may lead to lower home, auto and other loan EMIs, the RBI Thursday cut interest rates for the third time this year by 25 basis points to their lowest level in nine years and signalled more easing as it looked to support an economy growing at the slowest pace since the BJP first came to power in 2014.

With all the six members of the Monetary Policy Committee (MPC) voting unanimously for a rate cut and switching of its stance to "accommodative" from neutral, RBI Governor Shaktikanta Das said the shift in the stance meant that an increase in interest rates is "off the table."

He wanted banks to expedite the transmission of the current reduction in rates as well as similar ones that happened in February and April.

With India's GDP growth slipping to a five-year low of 5.8 per cent in the January-March quarter - the first instance of growth falling below China's in last few quarters, the RBI lowered its growth forecast for the economy to 7 per cent from the April view of 7.2 per cent for the 2019-20 April-March fiscal year.

"Growth impulses have weakened significantly," the RBI said in the monetary policy statement.

The reduction in interest rate will help boost credit growth, helping arrest the slowdown in the economy ahead of the new Finance Minister Nirmala Sitharaman presenting Modi-2.0 government's first budget next month that is widely expected to announce measures to generate jobs and revive the economy.

While inflation remained below its medium-term target to give "scope" to the MPC "to accommodate growth concerns by supporting efforts to boost aggregate demand", the RBI marginally raised its retail inflation outlook for the first half of 2019-20 to a range of 3-3.1 per cent from 2.9-3 per cent that it had outlined in last monetary policy in April, due to a broad-based pickup in food prices.

It, however, slightly trimmed its inflation outlook for the second half of the year to 3.4-3.7 per cent from its earlier projection of 3.5-3.8 per cent.

"The headline inflation trajectory remains below the target mandated to the MPC even after taking into account the expected transmission of the past two policy rate cuts. Hence, there is scope for the MPC to accommodate growth concerns by supporting efforts to boost aggregate demand, and in particular, reinvigorate private investment activity, while remaining consistent with its flexible inflation targeting mandate," the MPC said.

"A sharp slowdown in investment activity along with a continuing moderation in private consumption growth is a matter of concern," it said.

Consequently, the reverse repo rate under the LAF stands adjusted to 5.50 per cent, and the marginal standing facility (MSF) rate and the Bank Rate to 6.0 per cent.

MPC noted that political stability, high capacity utilisation, buoyant stock markets, an uptick in business expectations in the second quarter and financial flows are positive from a growth perspective.

It made its disappointment clear at the transmission of rate cuts, saying the weighted average lending rate has gone down by only 0.21 per cent, while the same for older loans has increased 0.04 per cent, as against policy rate cuts of 0.50 percentage point.

The central bank also announced doing away with charges on fund transfers through RTGS and NEFT routes to boost digital transactions and asked banks to pass on the benefits to customers.