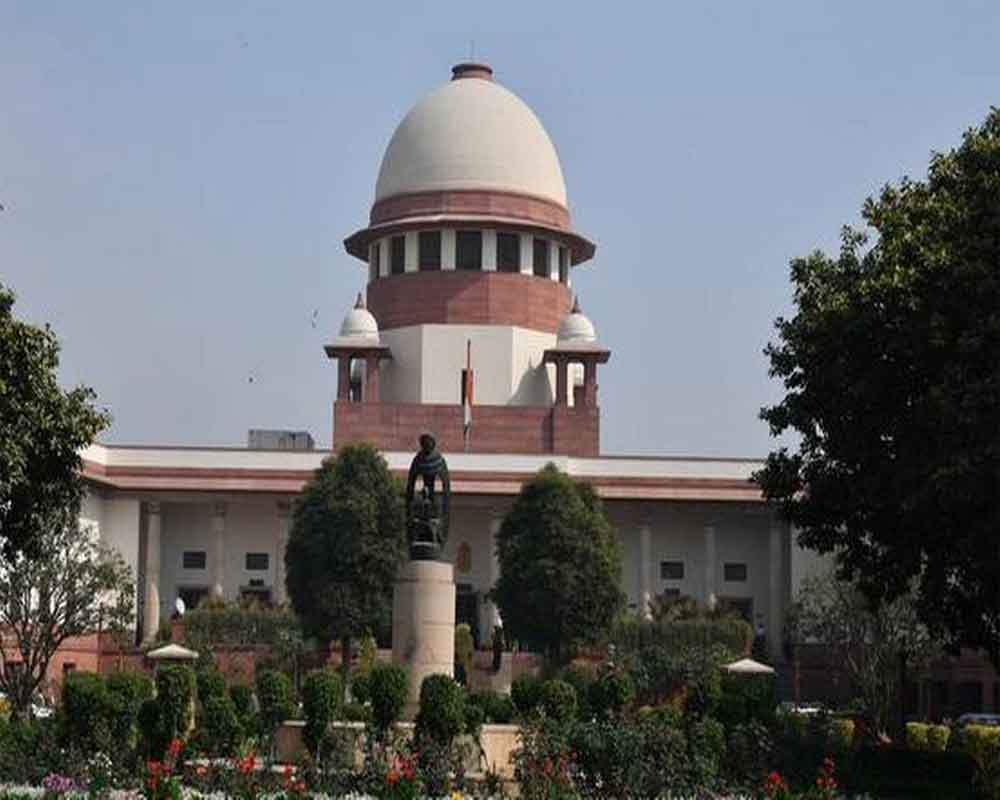 The Supreme Court Monday directed Congress president Rahul Gandhi to give an explanation by April 22 for "incorrectly" attributing his remarks against Prime Minister Narendra Modi to its verdict in the Rafale review petitions last week.

The court gave the direction on a petition filed by BJP MP Meenakshi Lekhi seeking contempt action against Gandhi after she claimed he attributed some observations to the apex court which was not in the Rafale judgement on April 10 on the admissibility of certain 'leaked' documents as evidence.

Stating that it will consider the criminal contempt petition filed by Lekhi, the court made it clear that views attributed to it in the remarks made by Gandhi in public have been "incorrectly attributed" to this court.

Reacting to the direction, the Congress  said it will provide an explanation to the Supreme Court while the BJP asserted that the top court  has exposed Gandhi's "lie".

Finance Minister Arun Jaitley accused Gandhi of "manufacturing" a court order for political propaganda, asserting that 'right to free speech' is not 'right to falsehood'.

"We make it clear that views, observations, findings attributed to this court in the alleged speeches, remarks made by Gandhi to media/public have been incorrectly attributed to this court. We also make it clear that this court had no occasion to make such observation in as much as it was deciding legal admissibility of certain documents which were objected by the attorney general," a bench headed by Chief Justice Ranjan Gogoi said.

The bench also comprising Justices Deepak Gupta and Sanjiv Khanna said, "Having clarified the matter we deem it appropriate  to seek explanation of Gandhi."

The bench further said the explanation by Gandhi has to be filed on or before next Monday and the matter will be heard on April 23 (next Tuesday).

Lekhi, a sitting Lok Sabha MP from New Delhi constituency, in her plea alleged that Gandhi has attributed his personal remarks to the top court and tried to create prejudice.

Later, Lekhi said Gandhi does not understand "Constitutional propriety" and was dragging institutions like the Supreme Court into "shabby politics".

Senior advocate Mukul Rohatgi, appearing for Lekhi, told the court that a gross case of contempt was committed by Gandhi.

Rohatgi said Gandhi had come out in the public to make a remark that the "Supreme Court in its judgement said  "Chowkidar Narendra Modi chor hain".

The bench said, "You were right to the extent we never said what has been brought in the petition. We will seek clarification".

The Congress president had on April 10 claimed that the apex court has made it "clear" that Prime Minister Narendra Modi "committed a theft".

He had made the statement while interacting with reporters in Amethi after filing his nomination papers where he is contesting against BJP leader and union minister Smriti Irani.

The apex court, which last December cleared the Modi government of allegations of irregularities over the Rafale deal with France, on April 10 said it will hear a review petition on the basis of some 'leaked' documents, referred to by the petitioners who have demanded a probe. It dismissed the government's preliminary objections claiming "privilege" over them.

He further said dynasts are also subject to the Supreme Court and while truth holds together, falsehood falls apart.

"Indian democracy does not permit them (dynasts) to rewrite Court orders... To manufacture a Court order for a political propaganda is a new low for Rahul Gandhi. The lower he sinks, the higher we rise," Jaitley said.

Union minister and senior BJP leader Prakash Javadekar hit out at Gandhi at a press conference after the apex court's direction.

"The Supreme Court has exposed Gandhi's lie. He lies daily and one of those lies has been exposed.... People are demanding that he tender an apology," Javadekar said.

He accused Gandhi of using the court to defame Modi and institutions, claiming that the Congress and the Gandhi family could not accept that Modi had run such an honest government while the UPA dispensation was mired in scams and scandals.

BJP chief Amit Shah also attacked Gandhi at a rally in Gujarat and accused him of "lying".