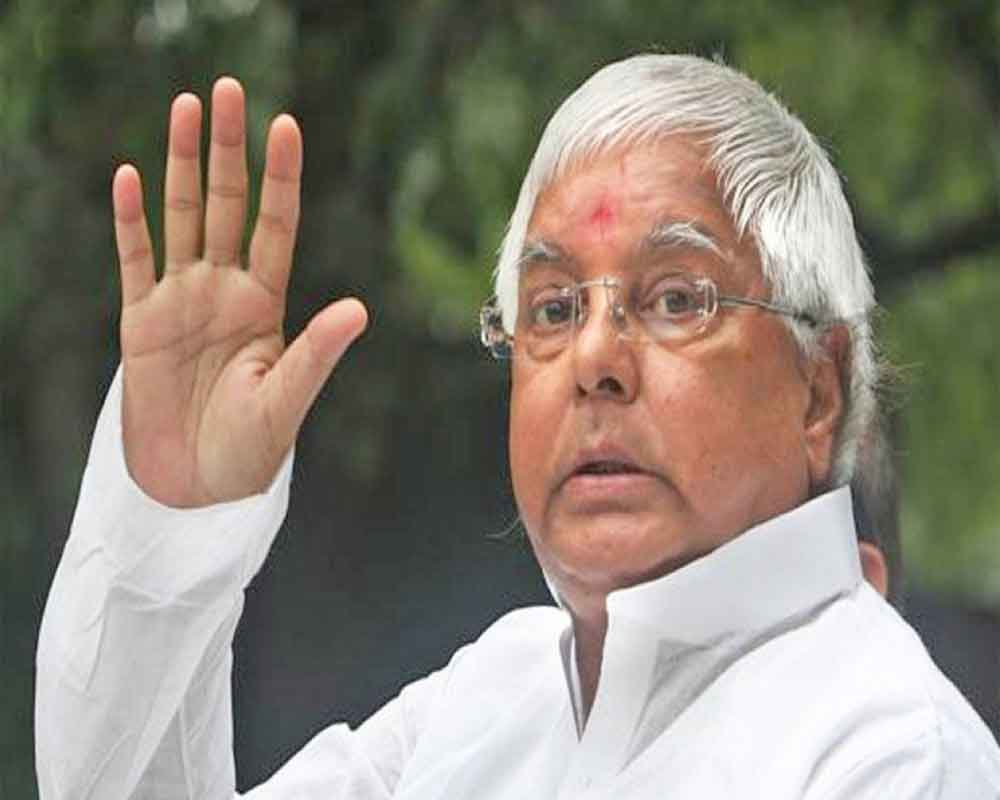 The Supreme Court Friday said it will hear on April 10 a plea of RJD chief Lalu Prasad Yadav seeking bail in three cases related to the multi-crore-rupee fodder scam, in which he has been convicted.

A bench of Chief Justice Ranjan Gogoi asked the CBI to file reply by April 9 and said Yadav's bail plea will be taken up for hearing next Wednesday.

Prasad, currently lodged in the Birsa Munda Central Jail in Ranchi, has challenged the January 10 verdict of the Jharkhand High Court dismissing his bail plea.

The three cases in which Prasad has been convicted are related to the over-Rs 900-crore fodder scam, which pertains to fraudulent withdrawal of money from the treasuries in the Animal Husbandry department in the early 1990s, when Jharkhand was part of Bihar.

The RJD was in power in Bihar with Prasad as the chief minister when the scam had allegedly taken place.