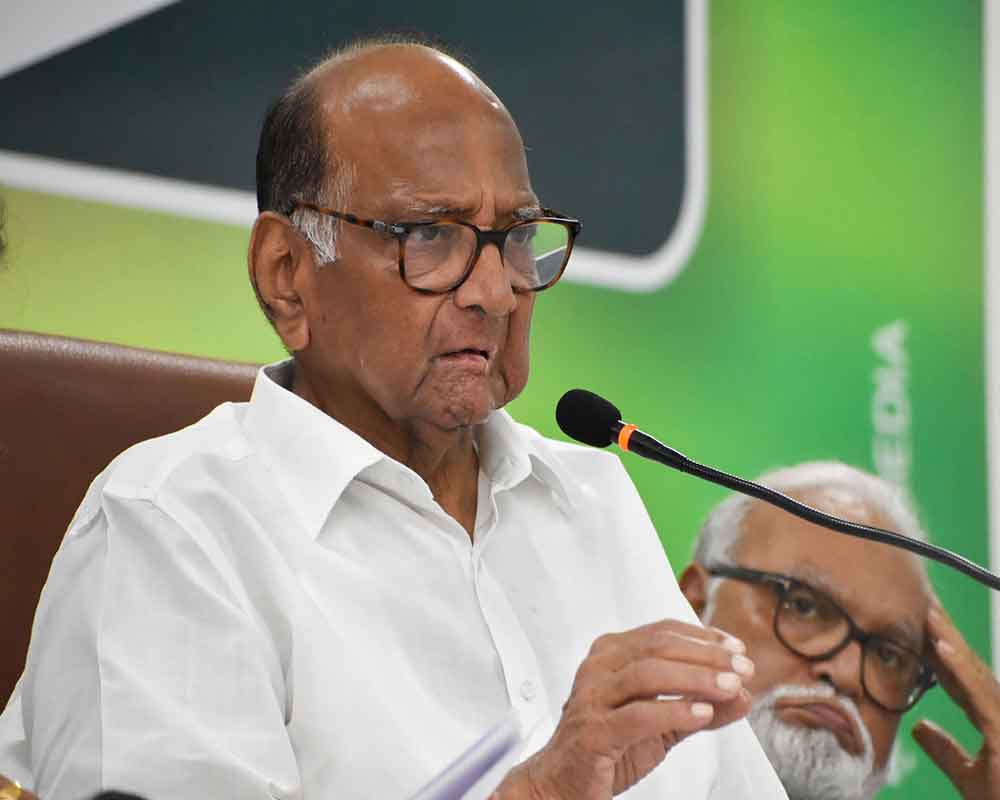 The responsibility of forming the government in Maharashtra is with the BJP, NCP chief Sharad Pawar said on Monday after meeting Congress chief Sonia Gandhi here.

Amidst reports that Uddhav Thackeray's party was in touch with the NCP, Pawar said that the Shiv Sena has not sought any support from his party to form the government, but asserted that he can't say "what will happen" in the future.

During their meeting, Gandhi and Pawar discussed the current political situation in Maharashtra in view of the tussle between the BJP and its ally the Shiv Sena, which is playing hardball on the issue of chief minister's post and demanding an equal division of the top post's tenure.

In the meeting that lasted over half an hour, sources said the two leaders discussed the possibilities of the Congress and the NCP supporting the Shiv Sena in case it decides to move out of its alliance with the BJP.

"The mandate given by the people of Maharashtra to NCP is to sit in the opposition but you cannot speak about future," the NCP chief said.

"The BJP is responsible for forming the government in Maharashtra as they along with their ally have the numbers. Shiv Sena chief Uddhav Thackeray or anyone else in the Shiv Sena has not sought the NCP support," Pawar told reporters after meeting Gandhi.

Asked if one could see Sharad Pawar coming back as Maharashtra CM, he said a categorical "no".

Asked if it was a 'bargaining game' going on between the BJP and the Shiv Sena, Pawar said,"I think the game between the two is serious."

The BJP and the Sena are locked in a bitter dispute over the issue, resulting in a stalemate in government formation despite results of the Assembly polls on October 24 giving the saffron alliance a combined seat strength of 161, way past the 145 majority mark in the 288-member House.