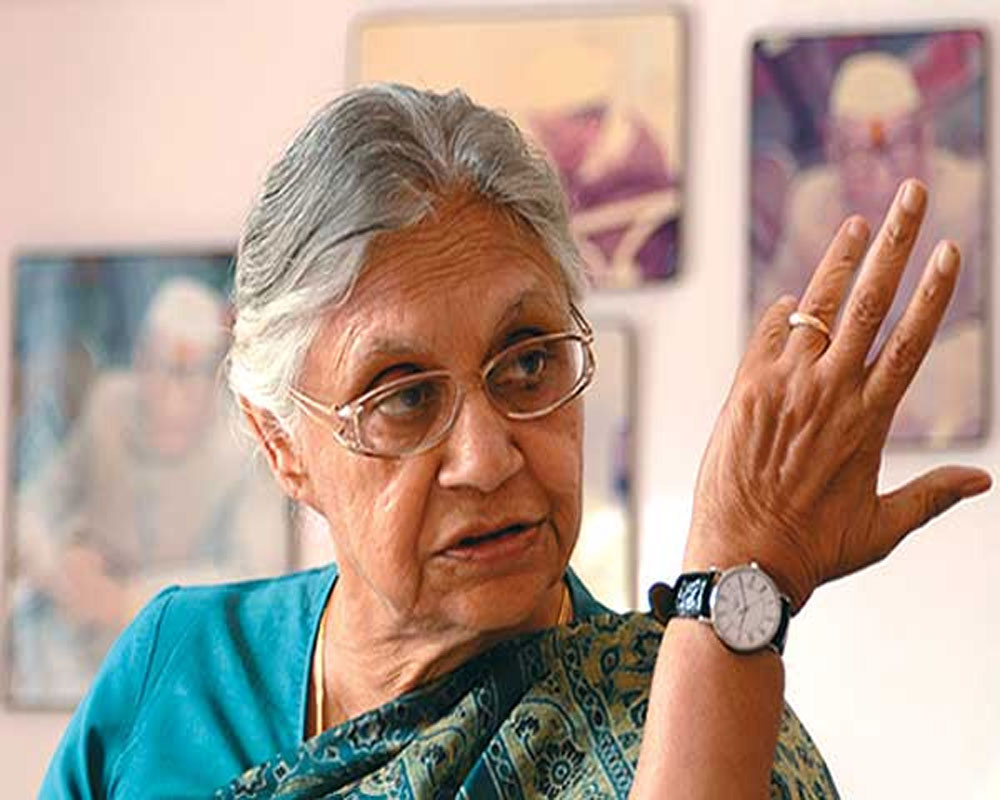 The newly-appointed Delhi Congress chief Sheila Dikshit Friday met with the three working presidents and took stock of the party affairs in the national capital.

According to party sources, Dikshit will officially take charge from January 16.

She was appointed as the Delhi party unit head by Congress president Rahul Gandhi on Thursday. Devender Yadav, Rajesh Lilothia and Haroon Yusuf were appointed as working presidents to assist the former Delhi chief minister.

"The meeting focused on setting priorities and fixing responsibilities of office-bearers in view of the approaching Lok Sabha elections. The ways to strengthen the party unit were also discussed in the meeting," the party leaders said.

The new team headed by Dikshit is yet to decide on the possibility of alliance with the AAP.

Dikshit had after her appointment on Thursday told reporters that she would react on the issue (of alliance) after understanding the situation from top to down.

Meanwhile, sources said most of the party leaders believe Congress is "prepared" to challenge the BJP on its own in the upcoming general elections.

A final decision on Congress' alliance with other parties will be taken by the committee headed by A K Antony, they added.