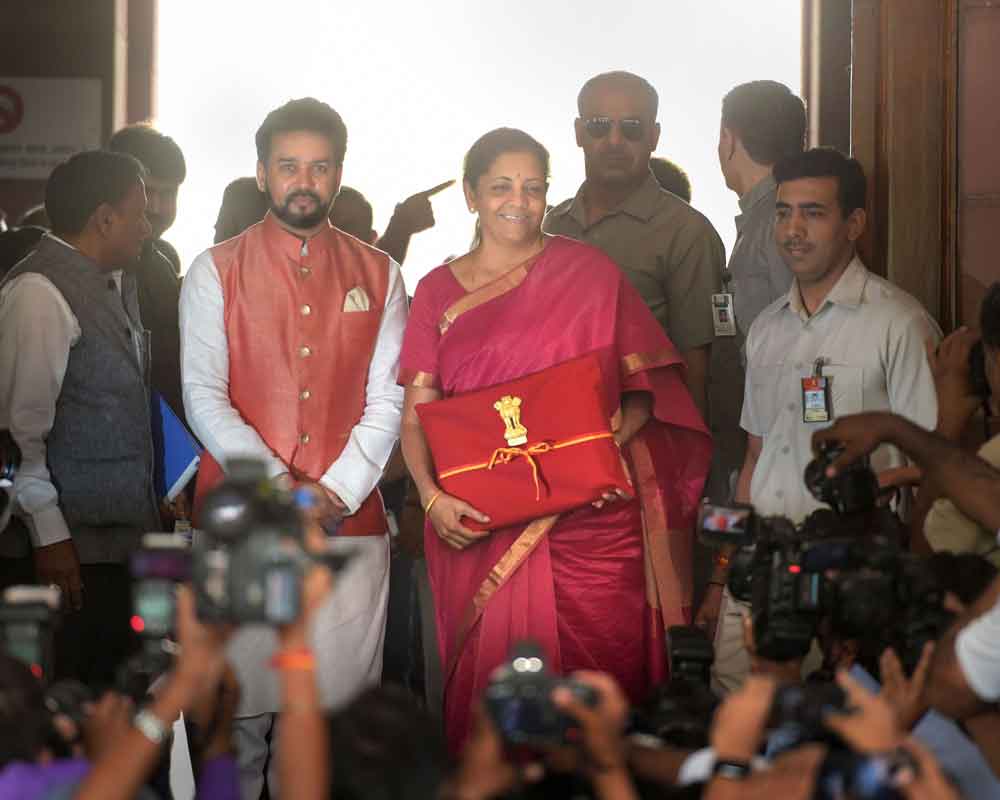 In a departure from the past, India's first full-time woman Finance Minister Nirmala Sitharaman carried the Union Budget documents in a red bag, reminiscence of the traditional 'bahi-khata'.

Earlier, finance ministers in different governments used to carry a briefcase to present budget, which was considered as a tradition of colonial past.

Sitharaman is presenting the full Budget for 2019-20. She is carrying the Budget documents in a red silk bag with national emblem.

During the Atal Behari Vajpayee governemtn, the then finance minister Yashwant Sinha broke the one colonial tradition of budget presentation at 5 pm.

Since then all governments have been presenting the budget at 11 am.

Bahi-Khata is referred to books of account maintained by traditional Indian businessmen.

Commenting on the shift from a briefcase to bahi-khata, Chief Economic Advisor Krishnamurthy Subramanian said the government is following "Indian tradition".

It is in Indian tradition. It symbolizes our departure from slavery of Western thought. It is not a Budget, but a Bahi-Khata (ledger).