SP-BSP-RLD alliance in UP will wipe out BJP in last phase of LS polls: Akhilesh

SP-BSP-RLD alliance in UP will wipe out BJP in last phase of LS polls: Akhilesh 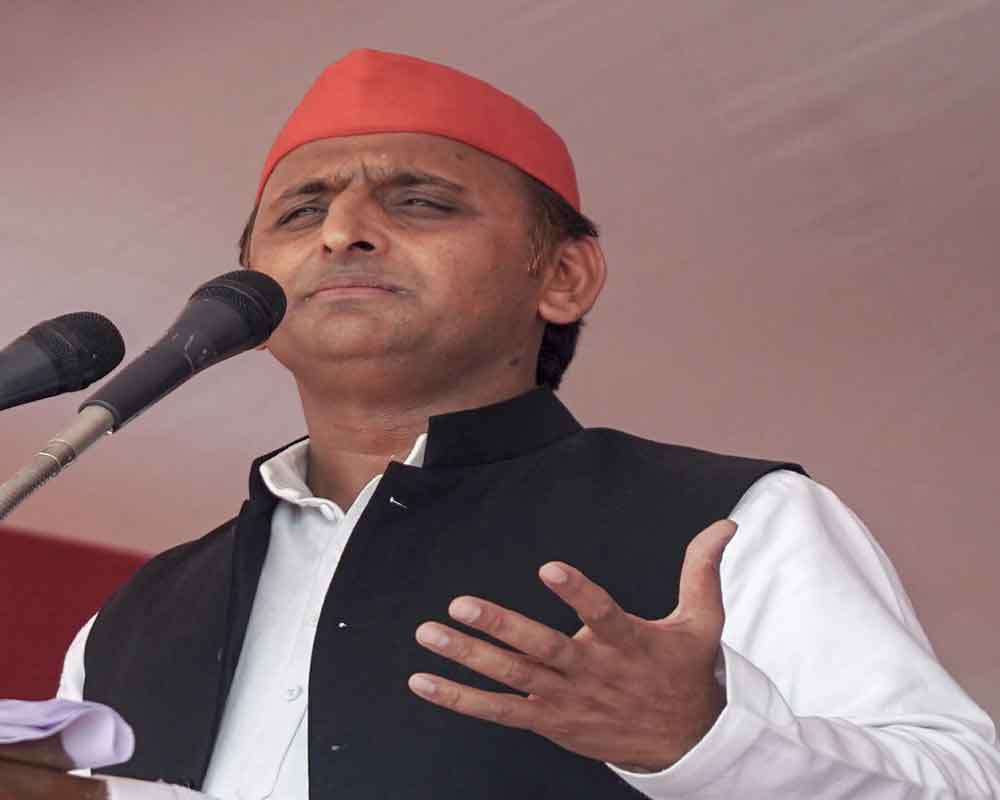 Claiming that BJP is "afraid" of the SP-BSP-RLD alliance in Uttar Pradesh, Samajwadi Party chief Akhilesh Yadav Wednesday said the combine would "wipe out" the saffron party completely in the Lok Sabha election's last phase of polling to be held on May 19.

Thirteen of the 80 Lok Sabha seats in Uttar Pradesh will go to polls in the last phase.

"The BJP is afraid of our alliance. Till the sixth phase, people have discarded the saffron party, and in the seventh phase they will be completely wiped out as people are supporting our alliance which is for social justice, farmers and the poor," Yadav said.

Addressing a joint election rally in Mau with BSP supremo Mayawati, he alleged that the BJP governments both at the Centre and Uttar Pradesh have been a "failure" and a new India would be formed when the alliance "gives a new prime minister" to the country.

BSP chief Mayawati said, "People are fed up with the BJP government's anti-people policies and they will throw them out of the power. The BJP is using all tricks to win elections and people should remain alert."

Alleging that the BJP government in Uttar Pradesh was harassing BSP candidate Atul Rai, she said Chief Minister Yogi Adityanath should "be prepared to return to his math" after the elections.

Both the leaders addressed joint rallies in Deoria also.