SP will face consequences of aligning with BSP: Rajnath

SP will face consequences of aligning with BSP: Rajnath 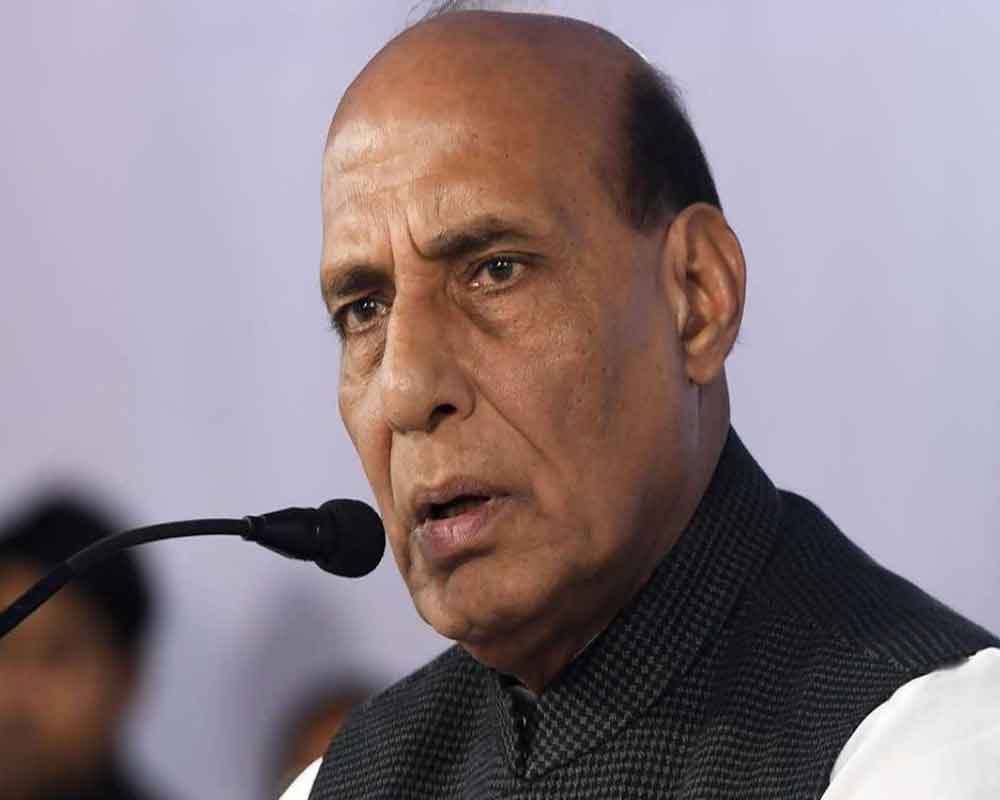 Seeking to drive a wedge between alliance partners SP and BSP, Union minister Rajnath Singh Sunday said Samajwadi Party will have to bear the consequences of teaming up with the Mayawati-led party in the Lok Sabha elections.

Addressing an election meeting at Dataganj here, he said, "... Samajwadi Party (SP) does not know what big mistake it has committed by forging an alliance with the BSP. It will have to bear the consequences."

Earlier this year, BSP supremo Mayawati and SP chief Akhilesh Yadav announced that they will fight from 38 and 37 seats, respectively while leaving two for the Congress in Uttar Pradesh. The seats that were left out by the SP-BSP alliance included the Gandhi family's stronghold of Amethi and Raebareli.

"Congress and other opposition parties started demanding proof as to how many terrorists were killed, how many camps were destroyed... Had it been one or two, we could have counted them.

"But, they were so many, to what extent could have we counted? The job of IAF is not to count the bodies," he said.

Singh was referring to the air strikes carried out by the Indian Air Force (IAF) on terror camps in Balakot.

He said the soldiers had been demanding bulletproof jackets since 2009, but in vain.

"As soon as Prime Minister Narendra Modi came to know about this, he immediately gave orders for providing bulletproof jackets to Army jawans. Such jackets have been given to 1.86 lakh soldiers," the minister added.