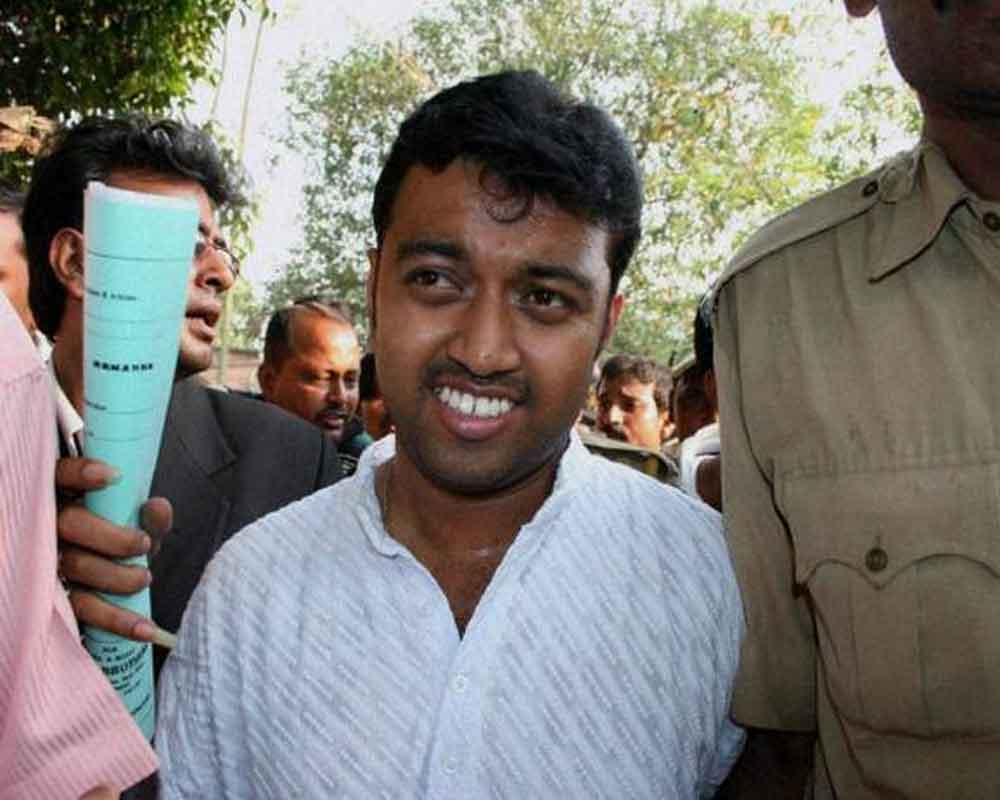 Subhrangshu has been suspended for six years from the party, announced TMC secretary general Partha Chatterjee at a press conference this evening.

"He has been constantly making such statements. Our party's disciplinary body after consultation with party supremo Mamata Banerjee has decided to expel him," Chatterjee said.

Subhrangshu, a two-time MLA from Bijpur assembly constituency which is part of the Barrackpore Lok Sabha seat, held a press conference earlier in the day and hailed his father's organisational skills and said he had tried to give a lead to his party from his assembly segment but failed to do so as his father was a better organisational player than him.

"Today I have no qualms in accepting that I have lost to my father. He is a real chanakya of Bengal politics. Our party has lost and people voted against us. We should accept it," Subhrangshu said.

Mukul Roy, once considered to be the second-in-command of the Trinamool Congress, joined the BJP in November 2017 after a fallout with party supremo Mamata Banerjee. He is being credited for the stellar show of the BJP in Bengal in the just-concluded Lok Sabha elections.

Meanwhile, the Trinamool leadership broke its silence after the poor poll show with Partha Chatterjee saying, losing elections doesn't mean defeat and BJP's resounding majority is a temporary phase, which will soon fizzle out.

"Losing elections doesn't just mean defeat. It is part and parcel of political journey. The BJP has spread lies to win the polls. It is a temporary phase, which will pass out soon. Earlier we have seen parties winning more than 400 seats (Congress in 1984) but it fizzled out very soon. In this case too same will happen just wait and watch," he said.

The BJP bagged 18 of the 42 Lok Sabha seats in Bengal, while the TMC managed 22 in a firecely fought poll battle. The Congress got two seats.