US dream shattered, 311 Indians land in Delhi after deportation from Mexico

US dream shattered, 311 Indians land in Delhi after deportation from Mexico 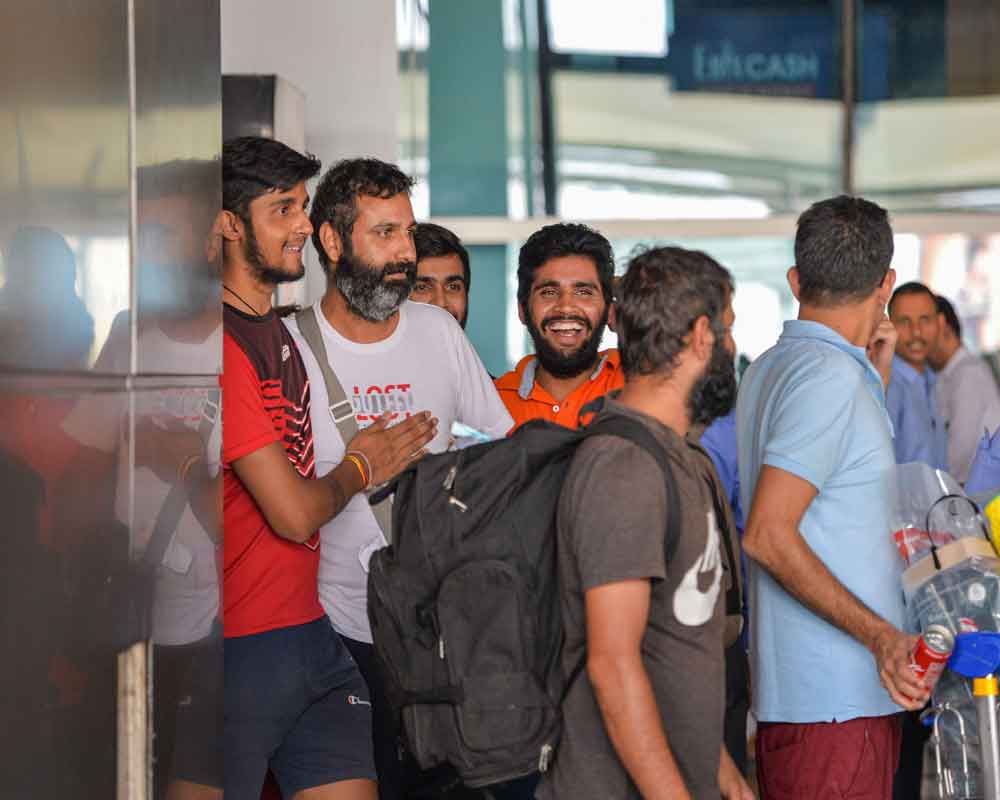 More than 300 Indians, including one woman, who were deported by Mexican immigration authorities for illegally entering the country to sneak into the US, landed here on Friday morning, their American dream of a better life and jobs in the US shattered.

The 311 Indians were sent back to India on a chartered flight and were accompanied by 74 Mexican officials, officials here said.

Carrying stories of walking through jungles and spending lakhs of rupees to achieve their dreams only to be ignominiously caught and sent back, they landed back home after a journey that lasted more than 36 hours. The flight itself was 11 hours, first from Mexico to Spain, and then on to the Indian capital.

"We landed around 5 am in the morning and the formalities took several hours. We could exit the airport only around 1 pm," Jashanpreet Singh, one of the deportees, said.

Most of those deported are from Punjab and Haryana.

According to a press release issued by Mexico's National Migration Institute (INM) on Wednesday, the Indian nationals, who did not have a condition of regular stay in the country, were deported from the Toluca City International Airport on a Boeing 747 aircraft to New Delhi.

The deportees, who were accompanied by Federal Migration agents as well as members of the National Guard, were gathered in the Acayucan Migration Station in Veracruz to carry out their identification and subsequent transfer, the statement said.

The people were presented to immigration authorities in the states of Oaxaca, Baja California, Veracruz, Chiapas, Sonora, Mexico City, Durango and Tabasco.

Among those who returned home was 19-year-old Mandeep Singh who had left Patiala in June.

Mandeep, who has passed school and left home with the US dream in his heart, said he travelled through seven countries, with the first stop being Ecuador and the last stop Mexico.

"For seven days, we walked through the dense jungles of Panama. We finally reached Mexico in September 12. We were just 800 kilometres away from the US before the Mexican authorities hauled and deported us," he said.

Mandeep said he saw several corpses, believed to be people who wanted to migrate just like him, while crossing the Panama jungles.

Sahil Malik, slightly older at 22, said he had left Delhi on June 5 for Ecuador. He said they reached Mexico using different modes of transport and often crossed the borders in buses.

Kamaljit Kaur, 34, from Jalandhar, the only woman to be deported said she spent Rs 53 lakh to reach the US -- including for herself, her husband and son.

In June, US President Donald Trump in June threatened tariffs on all Mexican imports if the country did not put a check on people entering America through Mexico's borders.

Mexico had agreed to boost security on the border and expand its policy of taking back migrants.