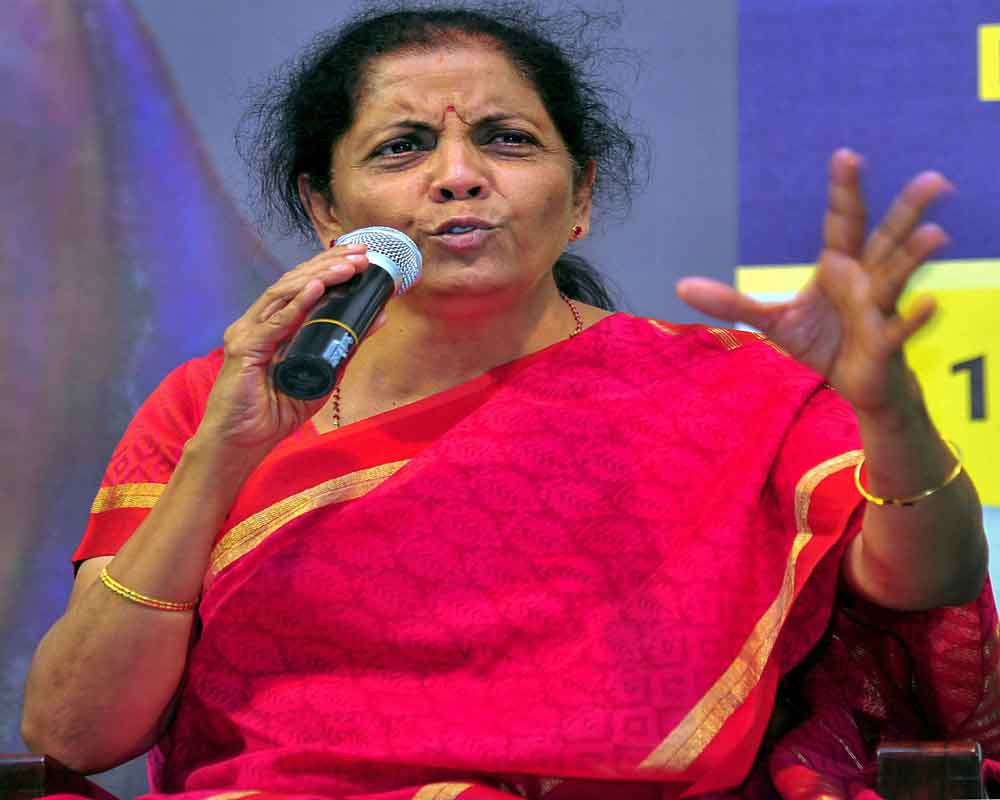 Defence Minister Nirmala Sitharaman Sunday said neither Prime Minister Narendra Modi nor any other NDA leader wanted to politicise armed forces and there was nothing wrong in talking about the political will giving freedom to the forces to take action as they deem fit.

At an informal interactive session with intellectuals, academicians and young thinkers here, she said the opposition had been constantly coming up with the allegation that armed forces were being politicised.

Sitharaman sought to know whether it was wrong to compare how "weak" the Manmohan Singh-led government was in 2008 post Mumbai attacks and the how "strong" the Modi government was now in 2019 after the Pulwama terror attack by Jaish-e-Mohammed which killed 40 CRPF Jawans in February.

Action was taken after Pulwama because we felt the heat from the people saying Is this India? Is this the government we voted for? Are you incapable of taking action?

"And then the political will, based on sound intelligence information, gives the freedom to the armed forces to take the necessary action as they deemed fit. Is it wrong to say it? That is not politicisation of the armed forces, the Defence Minister asserted.

She asked the people to differentiate between politicisation and talking about the political will.

Congress and other opposition parties have objected to Modi and several other BJP leaders referring to IAF's air strikes on terror camp in Balakot and mentioning the valour of the armed forces in defending the country.

The Congress on Friday moved the Election Commission against Modi and BJP chief Amit Shah for allegedly "dragging" the armed forces in the political domain by using them to seek votes.

Over 150 military veterans have written to President Ram Nath Kovind, expressing outrage over what they called "use" of the armed forces for "political purposes" and sought his intervention in preserving apolitical character of the services.

Referring to the Rafale deal, Sitharaman charged with Congress with spreading lies despite the Supreme Court's order and the report of the Comptroller and Auditor General (CAG).

"In spite of supreme court decision, In spite of the CAG report, in spite of former Raksha Mantri Arun Jaitley, in spite of me all of us making in the Parliament point by point answer, if the Congress party is going about saying the same things all over again, it is purely false, she said.

When someone from the audience sought to know the truth about the allegations over Rafale deal, Sitharaman said Congress could not believe that the Defence ministry can operate without middlemen.

Over the years, the Congress "has milked the ministry to its advantage," she charged.

She dared the Congress to answer on the AgustaWestland VVIP choppers deal in which kickbacks were allegedly made to various people to swing the deal in favour of the firm.

The Italian agencies were dealing with the Italian side of the story and did not look at the Indian side though the "bribes were made" here, she said asking who received the money.

Sitharaman hit back at Congress Rahul Gandhi for his repeated allegation that the Prime Minister gave Rs 30,000 crore to businessman Anil Ambani, saying if it was true why his (Anil Ambani) brother had to bail him out from 'bankruptcy'.