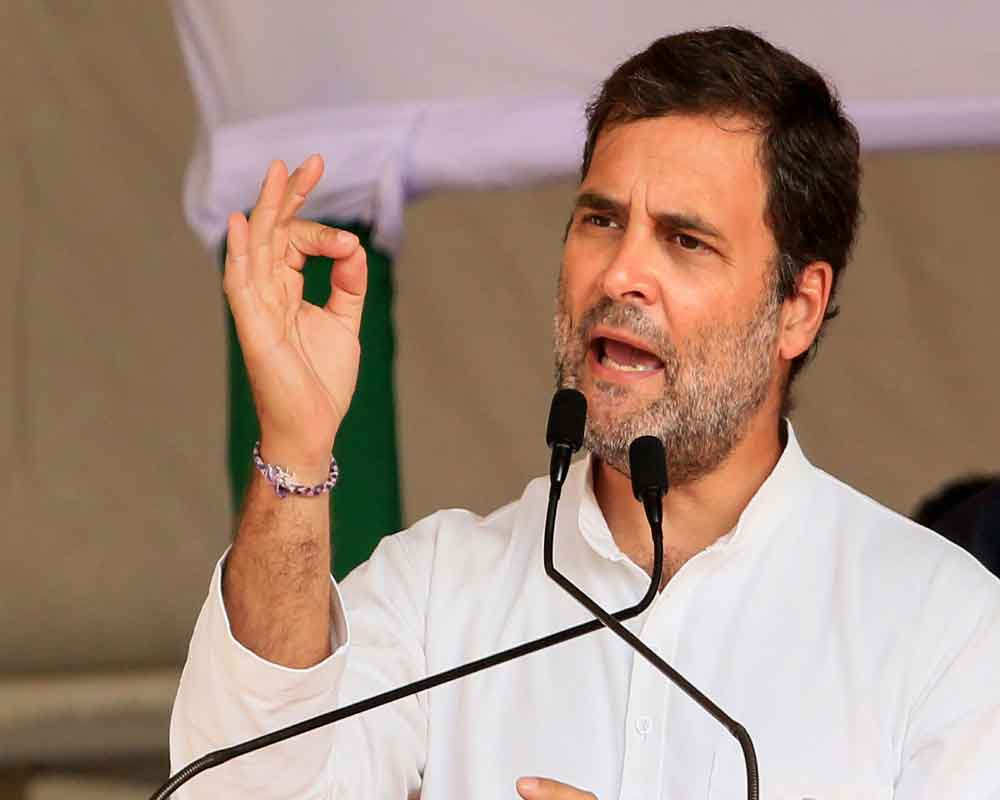 Congress leader Rahul Gandhi on Monday promised to waive farm loans if the opposition coalition comes to power in Jharkhand and vowed to change the state, which has a significant tribal population, just like neighbouring Chhattisgarh where his party stormed to power last year.

Addressing a poll rally here, Gandhi said within a year of coming to power, the Congress government has changed the scenario in Chhattisgarh.

"You (tribals) have land, forests and water we are there to protect them," he said.

Gandhi said the BJP government in Chhattisgarh "snatched" lands of tribals and gave to industrialists, but the Congress government returned their lands.

"Wherever we promised to waive farm loans, we did so after coming to power. In Jharkhand as well, we will do the same if our coalition is voted to power," Gandhi added.